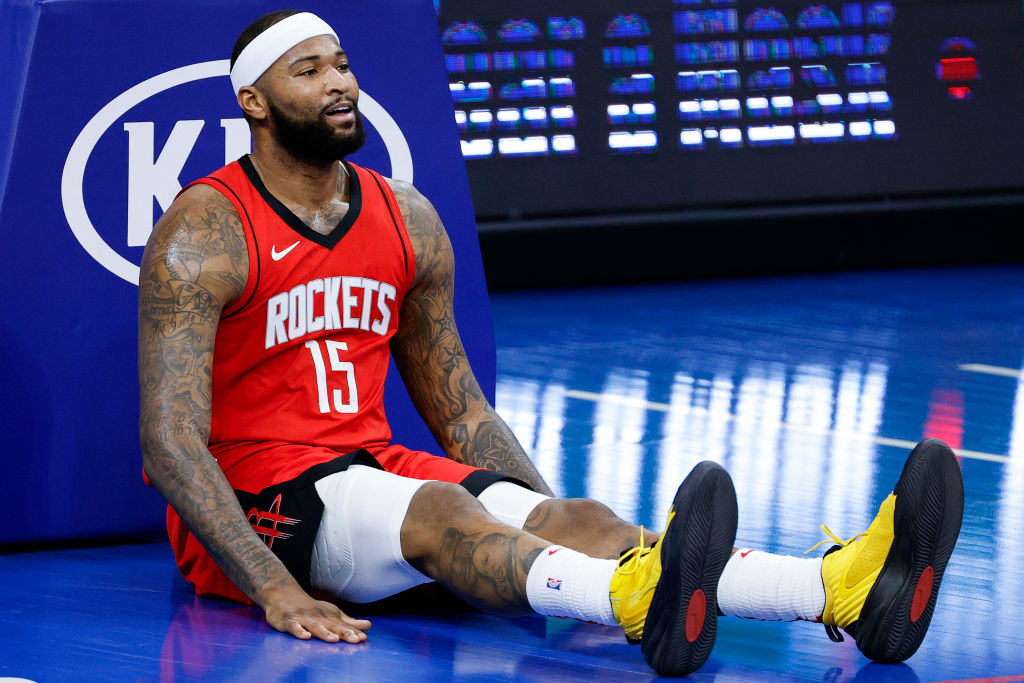 DeMarcus Cousins has played for several teams in the past few years and might be on the move once again. While he’s been solid with the Houston Rockets at this point in the season, the two parties could be splitting up in the near future.

As first reported by Shams Charania of The Athletic, the Rockets and Cousins are reportedly planning to part ways in the coming days. Houston is looking to go smaller and younger in the frontcourt when Christian Wood returns from his ankle injury.

According to Kevin O’Connor of The Ringer, the Lakers will be among the teams to pursue Cousins, although the market will be limited for him. This makes sense, especially considering how thin they are with Anthony Davis out for the next four weeks or more. Although he ended up not playing due to injury setbacks, Cousins spent last season with the Lakers.

While the market may be limited, there should be a handful of contenders who should at least explore the idea of signing Cousins. Thus far in the 2020-21 season, he’s averaged 9.6 points, 7.6 rebounds, and 2.4 assists per game while shooting .336 from beyond the arc.