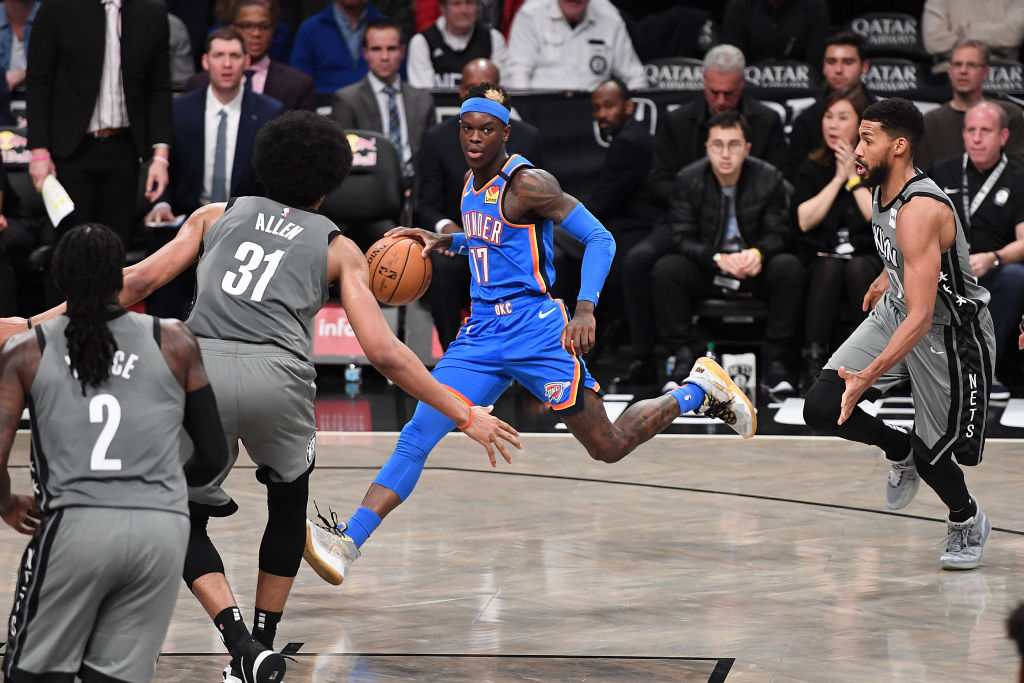 In the potential swap, which won’t be executed until after Monday when trades are once again permitted, the the Lakers would add one of the finalists for the 2019-20 Sixth Man of the Year award.

According to Wojnarowski, the Thunder could received Los Angeles’ No. 28 pick and wing Danny Green.

If a pick is, in fact, involved the teams won’t be able to formalize the trade until after the Lakers make the No. 28 pick on Oklahoma City’s behalf on Wednesday.

That’s because Los Angeles has already traded away their 2021 draft pick and the league’s Ted Stepien rule prevents teams from dealing away consecutive future first-round picks.