Throw in The Towel 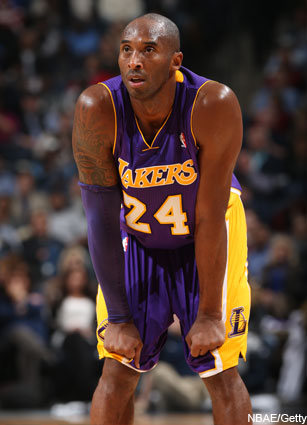 There’s no mincing opinions anymore; it’s time to tank in Lakerland. It’s one of those, ‘Boy I hate being right all the time’ moments, but in this case it’s true. I’ve argued for months that the best course of action for Los Angeles this season is to lose and to do it often, and now that case is even more accurate than before.

The loss of Kobe Bryant for (at least) six more weeks should seal the deal. It’s time to throw in the towel. Bryant’s not sniffing the hardwood again until February, and even that will be a long shot. All of a sudden he’s trying to overcome a broken leg and an Achilles tear? Even for Kobe, that’s a tall order.

So as the rain fell in Los Angeles on Thursday afternoon, the eye of the storm was over the Lakers’ practice facility in El Segundo. The news of Kobe’s injury was coupled with that of Nash’s ongoing issues, which will keep him out for a minimum another month. I’ve said before I think Nash’s career is over, and setback after setback is (unfortunately) trying to prove me right once more.

Of course now the question becomes, where do the Lakers go from here? Well, if they’re concerned about their success in the future, they might want to set their sites on that NBA Draft lottery.

This will be a special Draft for several different reasons. The obvious talent in it is unquestioned. Names like Jabari Parker and Andrew Wiggins draw all the attention, but even names like Julius Randle (UK), James Young (UK) or Zach LaVine (UCLA) are littered throughout the lottery. It doesn’t take Powerball magic to have a successful Draft in 2014. There are strong, potential cornerstone pieces littered throughout the first round.

But here’s where it gets tricky. Obtaining one of those picks is the tough part. Especially for the Lakers. Let’s explain why.

Even without Kobe or Nash, the Lakers are probably sitting around 40-ish wins at the end of the season, give or take a couple of games. As of now, that would leave them out of the Western Conference playoffs, and offer them a direct ticket to the lottery. From there, you’re looking at a top-14 pick, with the opportunity to strike it rich and get in the top 10, and maybe even the top five. Sure, it’s a long-shot, but it’s still possible.

But if the team makes the Playoffs, even as an 8-seed, they run into a problem. Even if the Lakers finish ninth in the conference and are handed the 14th pick, the absolute lowest a lottery team can receive, they’re in much better shape than if they finish eighth.

The Eastern Conference is terrible. And that’s putting it lightly. How terrible are they? If the Lakers were in the Atlantic Division right now, they would be in first place. Seriously. This means there are a lot of Eastern Conference teams with sub-.500 records that are going to be participating in playoff basketball next April. In fact, you’re looking at possibly three or four teams with .500 records or below in the postseason.

How does this impact the Lakers? Because if the Lakers make the Playoffs they’re suddenly seeded lower than all those Eastern Conference playoff teams purely because they reached the postseason. So they’re not going to fall from the 14th pick to the 15th, they’re likely looking at the 18th, 19th or even 20th pick in the Draft. And let’s say the Lakers turn it on at the end of the season like they did last year, and beyond all odds get themselves up to the seventh or sixth seed (which is possible considering how tight the standings are), then you’re looking at a pick in the mid-20s.

In a deep Draft you can find a franchise player with the 13th pick. Just ask Kobe Bryant. You’re not finding the future of the franchise, a player that will lead you to championship glory, with the 20th pick in the Draft. It’s just not going to happen.

Now the question remains, why is this year so crucial? Is it purely the level of talent in the draft that makes this the most plausible (and rational) option? Unfortunately, not.

Of course, with the Lakers, there’s always the possibility that some high-priced free-agent falls into their laps, but the way the League is changing with stricter penalties for luxury tax violations and a lack of franchise-changing talent looking to head to Tinseltown, the Draft might be the team’s best bet.

I’ve taken quite the verbal beating from Laker fans, who don’t think that losing is acceptable no matter the circumstances. But, thinking with the brain rather than the heart, is losing actually failing this season for the Lakers? It doesn’t seem like it.

The simple fact remains, what do you want more? A top draft pick with the chance to begin construction of a contending team in the future, or to watch the battered, bruised and broken Lakers lose four playoff games and limp to a late first-round pick?

It’s not a hard decision to make.