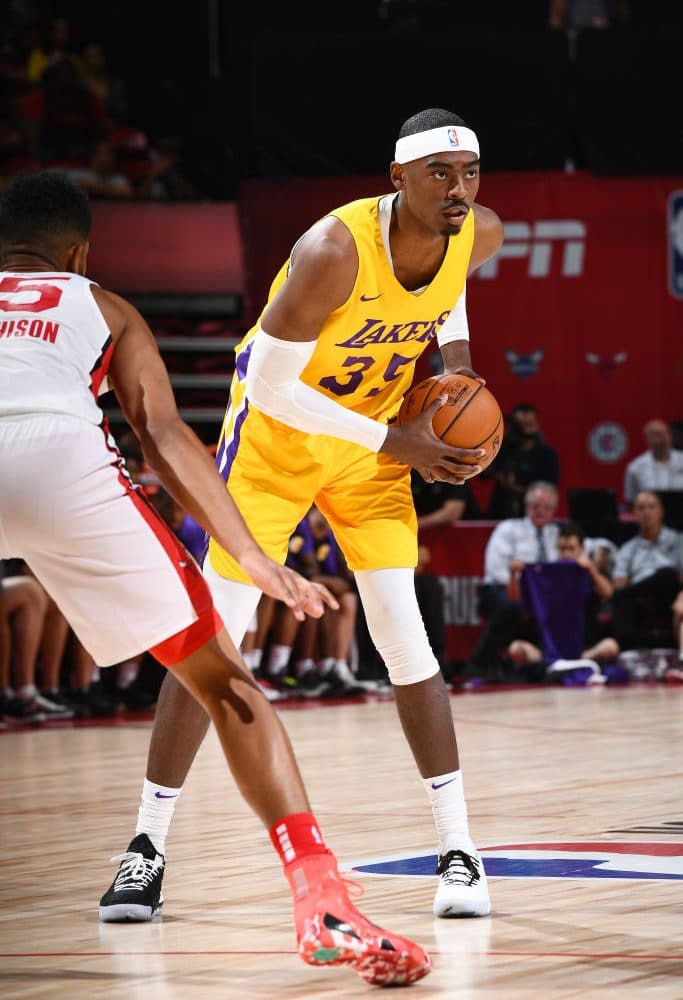 The Lakers are waiving Aric Holman, as Chris Haynes of Yahoo Sports reports. The forward was on an Exhibit 10 contract with the club.

The move was necessary to make room on the roster for Dwight Howard. Los Angeles has 20 players under contract, which is the maximum allowed. The franchise will need to cut that down to 17 total (15 regular roster spots and two two-way contracts) before the season starts.

Holman, who played his collegiate ball at Mississippi State, signed with the Lakers in early July. He’ll likely latch on with the team’s G League squad, the South Bay Lakers.