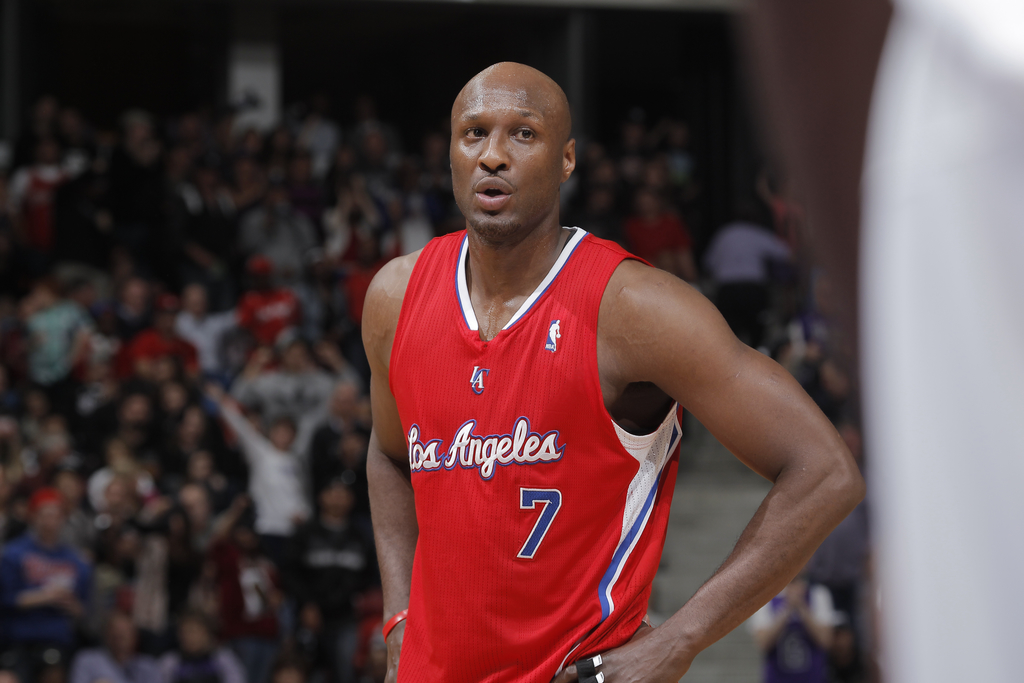 Lamar Odom says he’s sober and happy, and blames drugs for bringing an end to his remarkable NBA career.

Odom, who survived a near-death experience 17 months ago, says cocaine ruined him on and off the court.

The 37-year-old completed a stay at a San Diego rehab center in January.

After Khloé [Kardashian] filed for divorce in December 2013, you moved into an apartment in L.A.

Odom: “That’s where me and my friend Jamie [Sangouthai], God bless the dead, turned the drug use up to another level. The ‘don’t give a f–k’ place. I was in a very dark place and very confrontational. I wasn’t trying to repair my marriage; I was just trying to get high. My life was all about drugs at that point. It probably helped the end of my career come along a little faster because drugs killed my drive to want to train and be in shape. It killed that and my sex drive. The only time you can f–k is when you take coke.”

When did you realize you needed to enter rehab again?

Odom: “My daughter gave me the ultimatum to go. She said, ‘Pops, you get help or I won’t talk to you.’ I think she saw it in my behavior. Coke is a real psychological drug. You can be getting high and feeling great and then on the way down cursing yourself out. So I think it was one of those moments on the way down. This last time I checked into rehab, I was able to stay the whole 30 days and get the most out of it. I learned about addiction and that it’s a brain disease. The choices we make when our brain is diseased are involuntary. So it was important and life-changing. My kids were really scared that their dad wasn’t going to be here. It was good bonding time with them when they came to see me. They said, ‘Dad, we want you to be here.’ I was honest with them. There is no reason to lie now. But it was good for them to know it is a disease and one I may pass back to them.”

Are you clean now?

Odom: “Of course. Living sober, meaning no drugs, is a great feeling. Being in the moment is important — how you react, respond, create. If I would have done coke last night, you would have gotten some dickhead here trying to get out of here fast. But you’re getting Lamar now.”