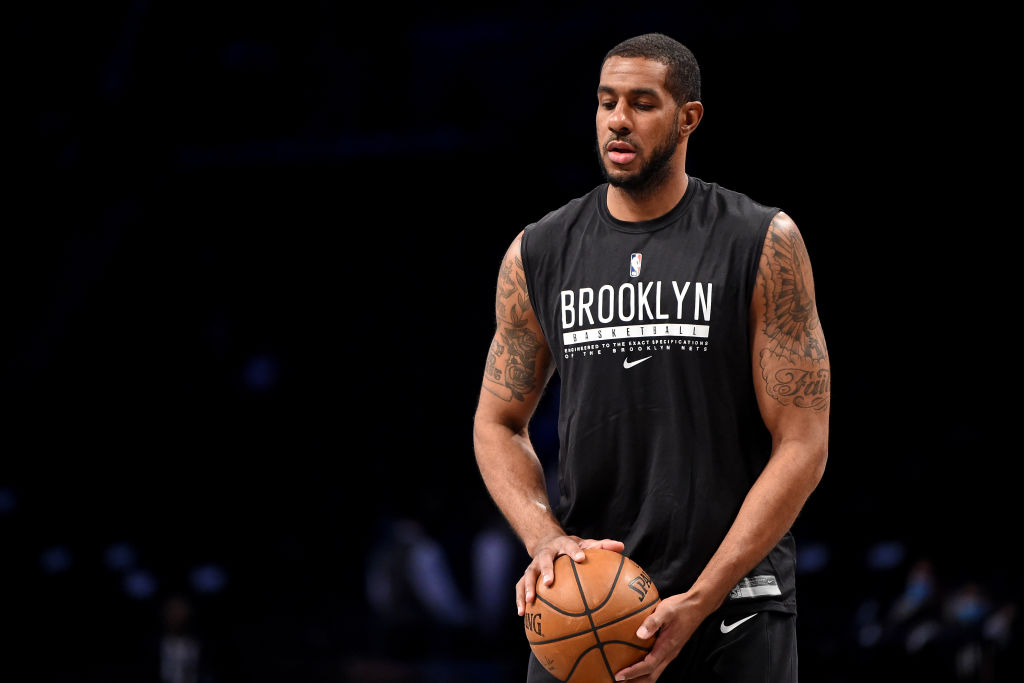 LaMarcus Aldridge was one of the best bigs of his entire generation. Spending time with the Portland Trail Blazers and San Antonio Spurs before ending his career with the Brooklyn Nets after a short stint, his impact on the game will never be forgotten.

In his first interview since retiring earlier this season, Aldridge spoke to Shams Charania of The Athletic, discussing something bigger than the game of basketball. Aldridge’s career ended in mid-April due to a serious heart condition. Since then, things have been tough for the seven-t NBA All-Star.

“I’ve been depressed, and I’m trying to figure out how to navigate through not competing on the floor, learning not to be depressed. I still love basketball. I still feel like I have a lot to give. But even now, I’m still trying to find myself. When you go from doing something you love for so long and you lose it overnight, it’s a shock.”

Being away from the game has proven tough for Aldridge, who knows he still has a lot to give to an NBA team. In fact, he had a great chance of being a key piece to a deep finals run with the Nets this season before retiring.

Aldridge has battled depression since stepping away, which is something he’s dealing with still today. He told Charania that he’s feeling good and has resumed regular testing on his heart condition. Aldridge indicated that he intended to rejoin Brooklyn for the postseason to be around his former teammates and coaches. However, with COVID-19 protocols being strict, it made it tough to work that out. Regardless, he mentioned in his interview with The Athletic that he will consider a coaching role after the season.

Aldridge ended his career with averages of 19.4 points, 8.2 rebounds and 2.0 assists per contest.