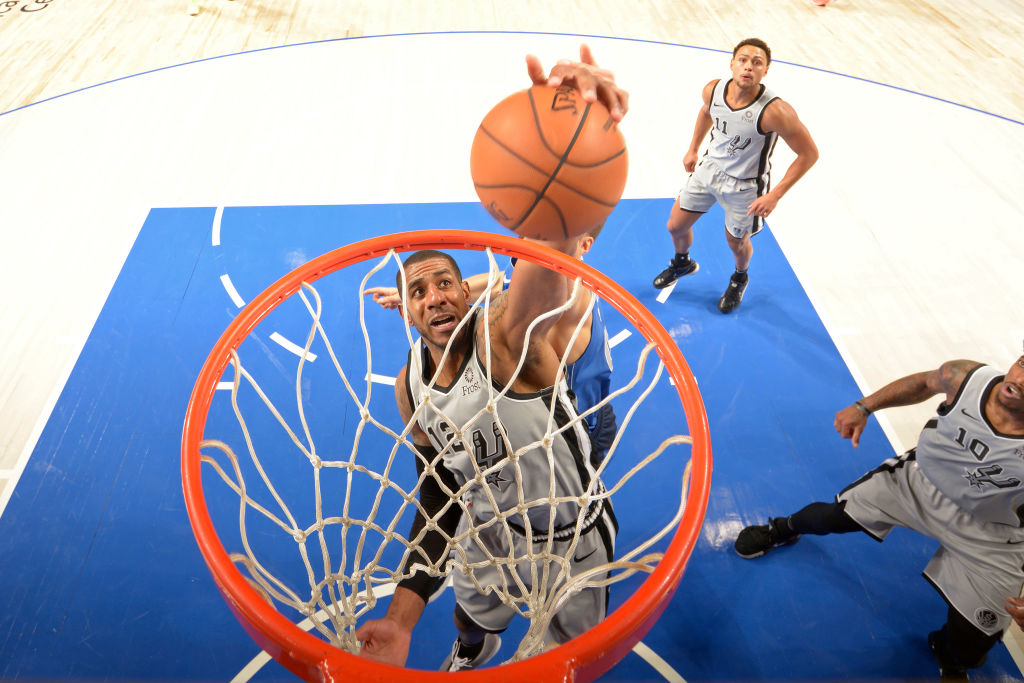 The 2020-21 year of LaMarcus Aldridge’s contract with the San Antonio Spurs will become fully guaranteed tomorrow, Marc Stein of the New York Times reports, a deadline that represents a $17 million commitment to the 34-year-old big man.

When Aldridge inked his contract extension with the Spurs back in 2017, the final year came with a partial guarantee worth just $7 million. If the Spurs waive Aldridge before the formal Jan. 1 deadline, they’d recoup the non-guaranteed portion of Aldridge’s $24 million cap hit.

Even though the Spurs’ have disappointed this season and face what could potentially be their first season of playoff-less basketball in two decades however, there’s no indication that the team is in any rush to cut ties with Aldridge to save money.

The Spurs haven’t hesitated to show loyalty to veteran players, so them letting Aldridge ride out the negotiated deal is par for the course, even as momentum for a full rebuild grows.

In any event, even without Aldridge’s additional cap hit, the team isn’t in any position to make a major splash in free agency given their financial commitments to other players on the roster.

Aldridge has averaged 19.5 points and 7.5 rebounds per game for the Spurs this season and has been part of the reason why the squad has managed to hang on in the Western Conference playoff picture despite a less than impressive record.

While San Antonio is just 13-18 on the season, they’re technically eighth in their conference. On the other hand, they’re just two games ahead of 13th.

Aldridge’s contract guarantee date was initially scheduled for late June but that was adjusted when both parties agreed to bump the deadline up to the first of the year, per John Hollinger of The Athletic.