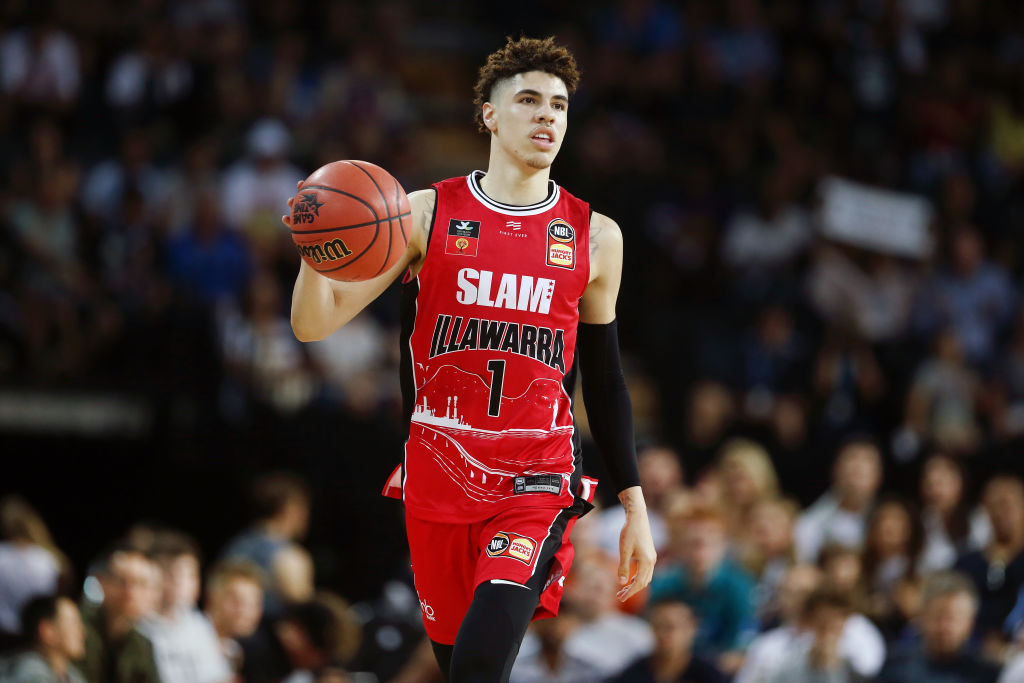 LaMelo Ball believes he should be the No. 1 pick in the 2020 NBA Draft.

“I believe in myself and I’ve worked hard to get here,” says the 18-year-old Ball, who’s currently tearing up the Australian National Basketball League

LaMelo is putting up 17 points, 7.5 rebounds and seven assists a night Down Under.

So, does Ball believe he should be the No. 1 overall pick in the draft? “Most definitely. I believe in myself and I’ve worked hard to get here,” Ball told Yahoo Sports. “The other guys at the top of the draft, James [Wiseman] and Anthony [Edwards], are very talented too. But just in the way I believe in myself, I think I’m the top pick.”

Ball was the first player in the NBL since 2005 to post back-to-back triple-doubles, finishing with 25 points, 12 rebounds and 10 assists Saturday night.

“Basketball is just basketball,” he told Yahoo Sports, shrugging with a smile. “It’s been a little different everywhere I’ve played, but the game stays the same. And if you’re talented enough, you can play anywhere and against anyone and that’s just what I’ve been doing over here.”

One thing’s for sure, LaMelo Ball is the player in the 2020 class to beat right now, and it doesn’t stop after draft night. “I don’t want to be a player that’s just drafted and is a role player in the NBA,” he told Yahoo Sports. “I want to keep rising from there and be one of the best to ever play the game. I’ve been working my whole life for this.”

Related LaMelo Ball In Conversation For No. 1 Pick In 2020 NBA Draft