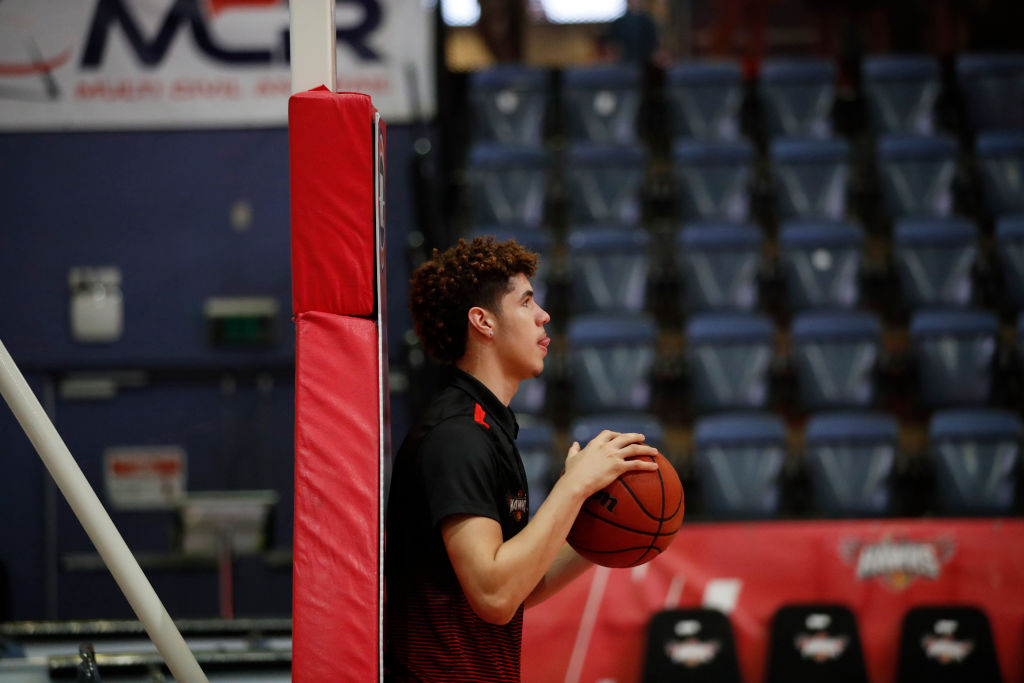 LaMelo Ball is one of the most scintillating prospects in the 2020 NBA Draft, displaying a rare level of ball-handling, passing ability and court vision as a 6’8″ point guard.

The brother of New Orleans Pelicans point guard Lonzo Ball and NBA G League wing LiAngelo Ball, LaMelo has a chance to be selected with the first overall pick in the upcoming draft.

With his attractiveness as a player, it’s probably fortunate that LaMelo continues to show a certain resistance to the influence of his father, LaVar Ball.

LaVar, appearing on the Say Less podcast in June, would tell co-hosts of the show that he doesn’t want LaMelo drafted by the Golden State Warriors because he doesn’t want his son to have to play behind their star players.

“That’s the part I don’t like about Golden State. They got Klay and the other guys, and now you want to put Melo in that mix to say you got to follow these guys. Melo ain’t no follower. He don’t need to do what they do, let them do they thing.

There’s a reason you are looking at my son. He’s talented and can play the game. It ain’t that hard. Guy is open, and you pass it to them. You open and you been working on your shot? Shoot the ball. It’s fast-paced, it’s good. But don’t be like Melo got to his turn and wait for two or three years to go by and learn from the veterans. Ain’t about that. Can you play or not?”

Of course, as Melo is one of three players that teams are considering taking first overall, that still presents the opportunity for the Warriors to draft him.

If that’s what Golden State wants to do, LaMelo has made it clear that his father’s opinions are not his own.

Long considered to have the most independent mind of the Ball brothers, LaMelo’s statement is simultaneously wise and respectable.