Life is good for Pelicans guard Langston Galloway, who earned his way from a 10-day contract to a guaranteed multi-year deal playing for his home town team. 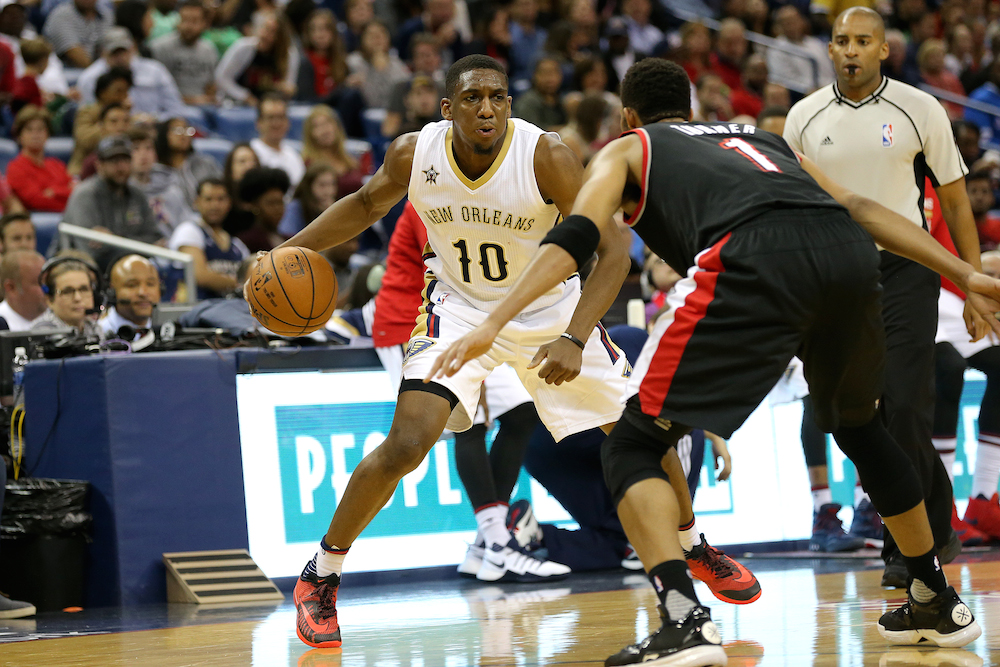 In a summer that saw Dwyane Wade and Dwight Howard sign big deals with their hometown teams, Langston Galloway joined in on the fun—the Baton Rouge, LA, native signed a two-year, $10 million deal with the Pelicans. The contract was just part of a big summer for the former Knick, who also got married in late June.

“I ended up with my shirt off,” Galloway says, with a laugh, of his wedding reception.

Galloway went undrafted in 2014, then went to the D-League as part of the Westchester Knicks before signing a 10-day contract with New York in January of 2015. In doing so he became the first-ever Westchester Knick to be called up to the NBA.

Now, the hometown kid is getting guaranteed money to play for the hometown team—a pretty remarkable story for a guy who entered the League on a 10-day.

“My family is real excited for me,” says Galloway, who in just over 20 minutes a game is posting 8.8 ppg, 2.6 rpg, 1.6 apg and 1.2 spg for New Orleans so far this season. “It’s a dream come true to play back home, to play in front of the home fans and play in front of my friends and family.”

Galloway has gotten a chance to play a key role off the bench for the Pelicans, as fellow NOLA guards Tyreke Evans (recovering from a knee injury) and Jrue Holiday (tending to his family) began the year sidelined indefinitely (Holiday just recently re-joined the team).

The last four months have been nothing short of a whirlwind for the St. Joe’s University product, but the level-headed Galloway is keeping everything in perspective.

“Life is moving pretty fast. I’m enjoying it step-by-step. It’s nothing I can control—I just go out there and enjoy life and enjoy what I’m doing,” says Galloway. “I get to play basketball every single day and do what I love. It’s definitely a blessing.”