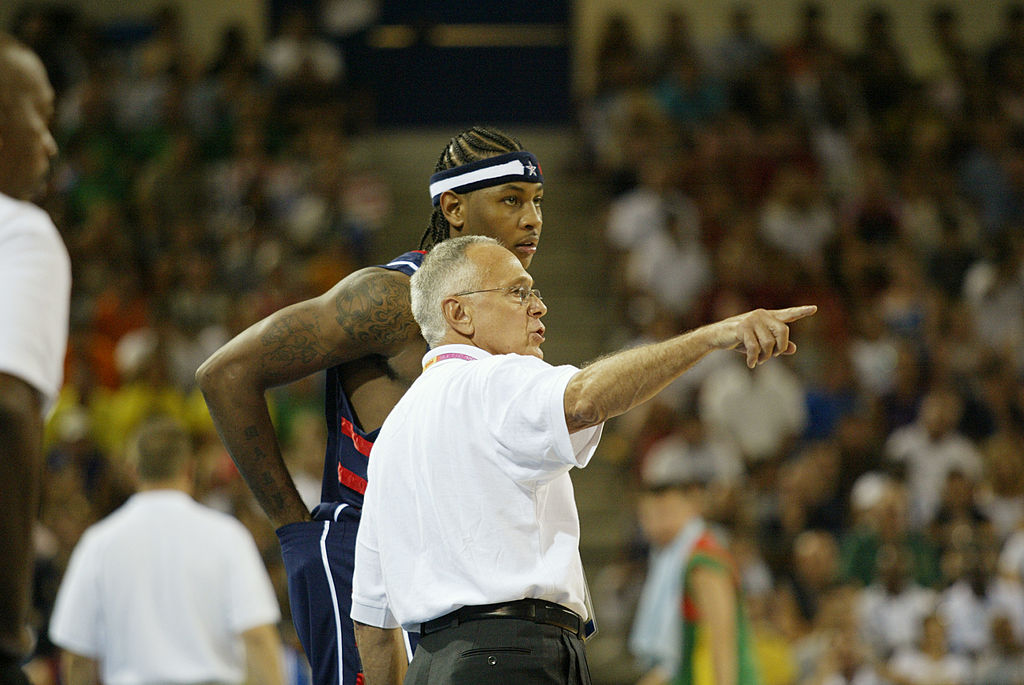 Carmelo Anthony thinks he would have won “maybe two or three rings” had he been drafted by Detroit in 2003, and former Pistons head coach Larry Brown concurs.

“I believe we’d have won many more,” says Brown, who was at the helm when they won the 2004 title.

Not everyone who was on that squad agrees, of course, and this what-if simply refuses to die.

Detroit won the NBA title in 2004 during Brown’s first season with the team and reached the NBA Finals in his second and final year. The team went on to reach the Eastern Conference Finals in each of the next three years but couldn’t win another championship.

[Darko] Milicic was part of the title team but made a minimal contribution while averaging 1.4 points per game. He was traded after two seasons in Detroit and averaged just 6.0 points per game in his career.

“You walk in a room with guys like that, you’re going to figure it out,” Brown said.

“And I think Carmelo would have had that.”