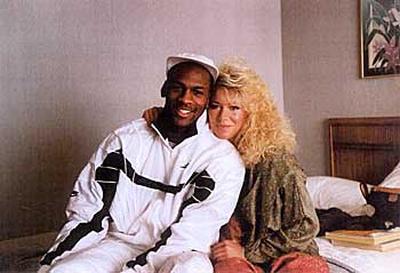 QUOTES OF THE DAY
“Aw, hell no.” — Nate McMillan, asked if he was surprised Bruce Bowen was invited to play with Team USA.

“They changed the basketball.” — Bob Sura, on how long it’s been since he played basketball.

THE LINKS
• Forget making the team play more cohesively or building a better roster, right now Coach K‘s biggest contribution to Team USA has been making LeBron tuck in his jersey! That and forcing everyone to drive GM cars in accordance with Coach K’s sponsorship deal.

Also strange that the story mentions Coach K speaking to the team as a whole and “littering” his talks with Polish jokes. Have Polish jokes been his secret weapon all these years?

• Good stuff about LeBron calling all the other Dream Teamers to see if they were going to play before he agreed to sign up.

• The man running the Charlotte BETcats, that Michael Jordan guy, won the latest round in his court case against Karla Knafel, the woman MJ thought he impregnated in the ’90s and allegedly agreed to pay her to keep quiet. Only problem was the baby wasn’t his.

• The Fort Worth Star Telegram says there’s some simmering beef in Dallas between the Mavs and Avery Johnson over AJ’s contract. Mark Cuban responds and says there’s no beef.

• If you were going to write something ripping a sports commissioner and accusing him of ruining his league, don’t you think the David Stern Robot would be about the last guy you’d want on your bad side? Not if you’re this guy, I guess.

• Looks like George Shinn‘s already worn out his welcome in Oklahoma City. And they’re calling for a Starbucks boycott in Seattle.

• How the Spurs rebuilt their roster. I’m still not convinced…

• It’s always good to get a shoutout from the mainstream press. It’s not so good when it’s in a story about Shawn Kemp and drugs. Speaking of Shawn, he faced the media this weekend and claims he hasn’t used drugs in two years and is willing to take a test to prove it.

• Hey Chauncey, we’ve all been there. You make a promise to your wifey, and then next thing you know you’re looking for ways to get out of it. (Nice photo with that story — didn’t they have any larger images?)

• Good long feature on Bruce Bowen and why he is the American Dream …..The Suns Dance team tryouts…do I really need to say anything else? ….. Catching up with Bobby Sura (bet he was at the tanning salon) ….. Why you should avoid Denny’s (low here).