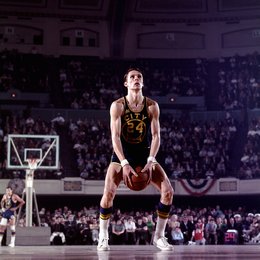 For all of his obvious gifts and talents, not to mention the never-ending improvements, LeBron James continues to have his detractors. These folks we generally refer to as, what’s the word I’m looking for, oh yes, CRAZY.

Charley Rosen was among the first to walk down this dark path in an infamous column for the ‘Leader’, and now, the eternally crabby (see what I did there?) Rick Barry has decided to join him.

Barry, in an interview that aired last night, gave a scathing assessment of LBJ’s game. From the Plain Dealer (via: BergerSphere)

I watch the game very carefully, he doesn’t use screens effectively and this is not LeBron’s fault. It’s the fault of the people who are teaching him. … There is no doubt in my mind that LeBron, if shown these things, would do them, because he wants to be a great player. He wants to win a championship. As great as he is, he should be better.”

Rick Barry, I can only presume, then went on to describe all of the flaws that he found in the Mona Lisa painting.

LeBron and the Cavs visit the Bay Area this Friday, which will be the perfect opportunity for the Warriors great to personally address these “major flaws” with James — before it’s too late.