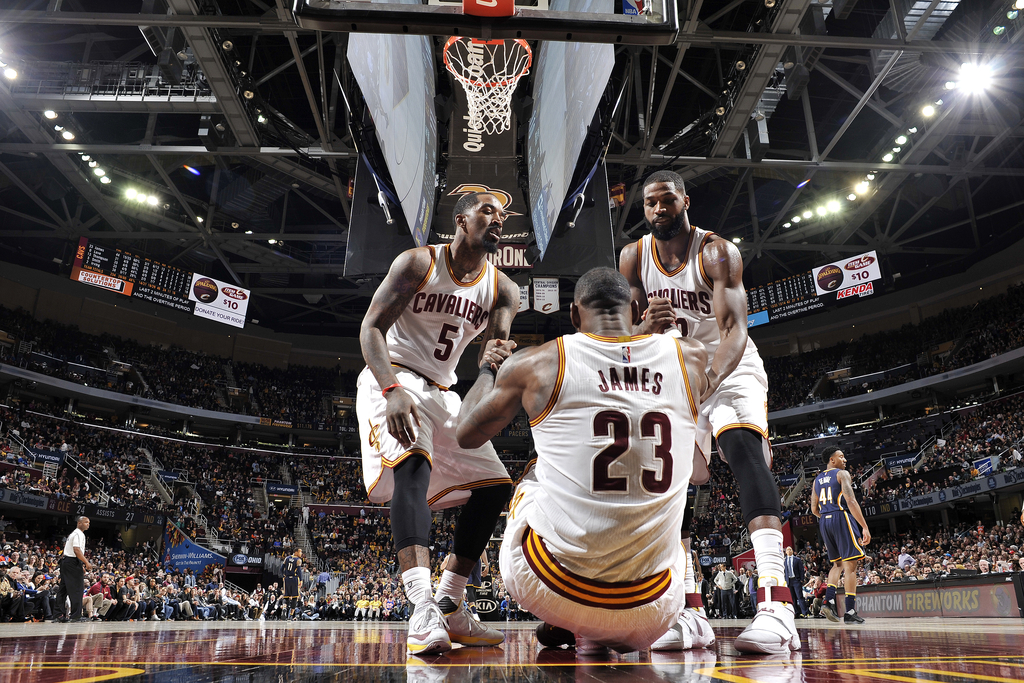 James issued an apology following a loud argument over a botched defensive possession.

The Cavs got a little heated today 😳 pic.twitter.com/2VCzfQYiBd

LBJ and Thompson were yelling at each other heading into a timeout following a huge three-pointer from Paul George.

“I had good intentions but I was a little bit too demonstrative at that point in the game,” James said, following the Cavs’ 135-130 win Sunday over Indiana. Keep in mind, the Cavs won this game.

“I can’t show up my teammates, that’s for sure, especially Double T worked hard for our team, he’s a big-time player for our team so I had good intentions of what I wanted to happen, but the way it came out was … it didn’t look good on TV.”