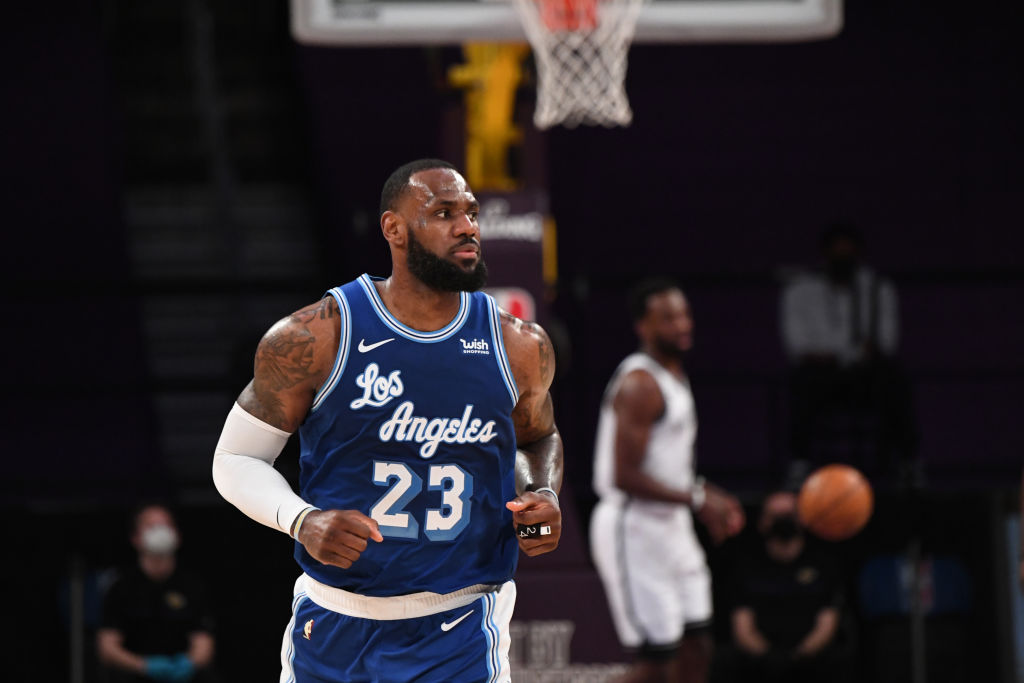 LeBron James, the face of the NBA and one of the league’s greatest players of all-time, added to his already impressive resume on Thursday night by becoming the third player in league history to record 35,000 career points. James, who now has 35,017 career points, joins Kareem Abdul-Jabbar and Karl Malone—both Hall of Fame inductees—with the distinction.

That said, LeBron has separated himself from The Dream and The Mailman by reaching the mark at the youngest age (35 years and 30 days) and in the fewest amount of games (1,295). He’s also the only player in the trio to have at least 35,000 career points, 9,000 career rebounds and 9,000 career assists.

James’ milestone point would come on a free-throw with 47.1 seconds left in the second quarter of the Lakers’ loss to the Nets.

Following the game, LeBron acknowledged the achievement gracefully, saying that he’s honored to be linked with Abdul-Jabbar and Malone.

“For me to be linked with some of the greatest to have played this game is an honor,” James told reporters after the game.

“I’ve always just wanted to go out there and play the game the right way, inspire my teammates, inspire people that watch me and just try to be as good as I can be every single night and not really put a ceiling on my ability or put a ceiling on what I can do.”