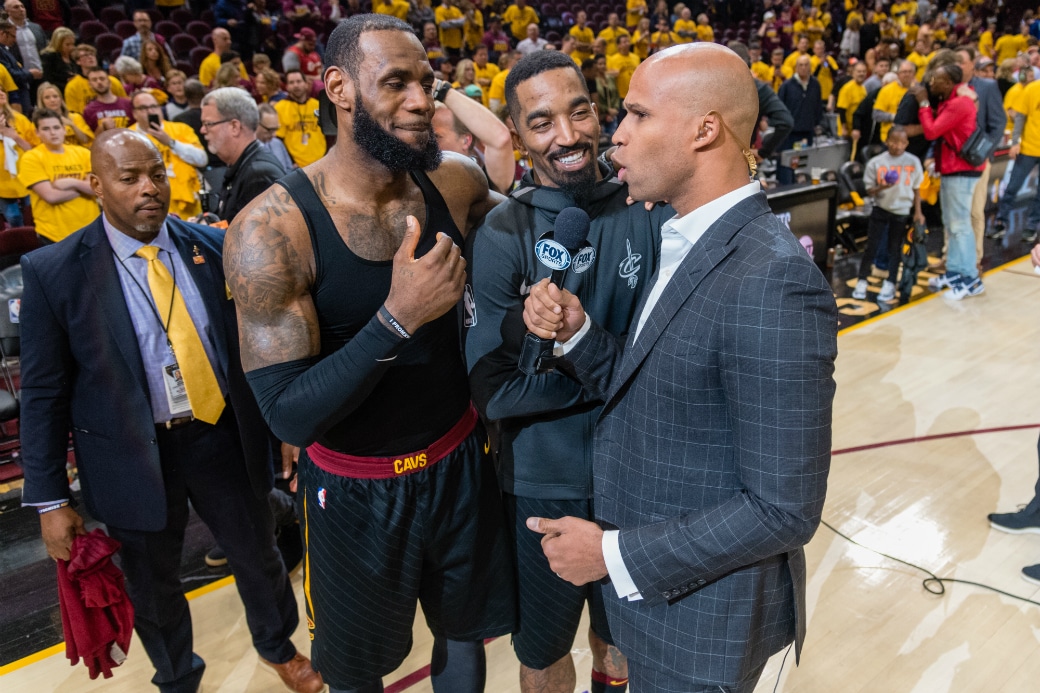 Even Saturday Night Live contributed to the narrative that LeBron James is a one-man team, producing a skit this past weekend that displayed fictional Cavaliers’ teammates saying things like: “LeBron throws us the ball, and we throw it right back.”

But during Monday’s 128-93 closeout victory over the Raptors, James got significant help from the supporting cast, with all five starters scoring in double figures and the team shooting an absurd 60% from the field and 46% from three.

Afterwards, The King told reporters that his confidence in his teammates “never wavered,” via ESPN‘s Dave McMenamin:

[Tyronn] Lue and James said they never saw the SNL skit, but clearly, confidence in Cavs camp is mighty high these days after things seemed pretty shaky less than two weeks ago when Cleveland trailed Indiana 2-1.

Yet James said that doubt and negativity never crept into his mind.

“At the end of the day, I understand a series isn’t won until you win four, so me, personally, my confidence never wavered,” James said. “It’s just who I am. I believe in what I bring to the table and what I can provide to the team, and I believe in my teammates. So as everyone was burying my teammates alive throughout that first-round series, I just continued to tell them, ‘Listen, we can’t win without each and every one doing their job and being as great as they can be,’ and I continued to preach that. So it’s impossible for me to lose confidence in our ballclub, no matter what the stakes are or where we’re down, because if I do that, then where are we going to go from a team aspect?”