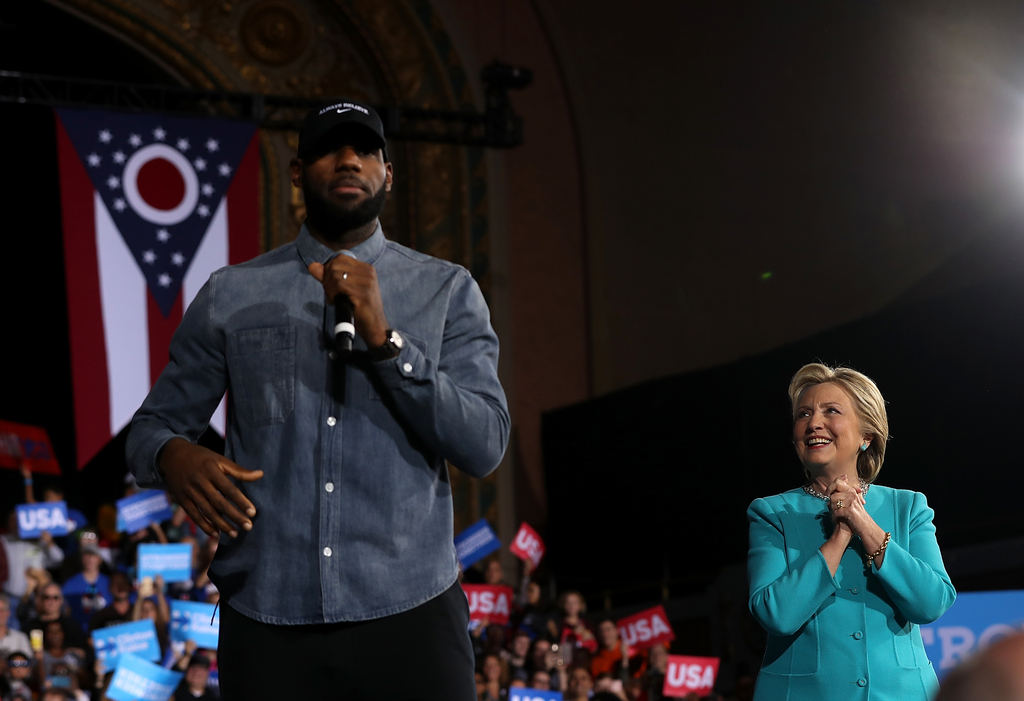 James and Cavs teammate J.R. Smith appeared on stage with Clinton earlier this week at a rally in Cleveland.

Other players around the NBA took to social media to express their shock at the results of the election.

I just pray he figures it out. Please. Just do right by the country.

“As I woke up today looking and searching for answers on what has happened this song hit it right on the head,” James posted Wednesday to his Instagram, along with the audio to Kendrick Lamar’s song ‘Alright.’

“If we continue the faith(as hard as it may be to do so) we will BE ALRIGHT,” James said. “Parents and leaders of our children please let them know they can still change the world for the better! Don’t lose a bit of faith! They’re our future and we must remain stronger than ever!!”

“Yes we all wanna lace up the boots, put on the hard hats and strike but that’s not the answer,” James said. “Love, genuine LOVE and FAITH will be the only thing that can get us through this.” James also addressed minorities and women, saying “in all please know that this isn’t the end, it’s just a very challenging obstacle that we will overcome!! The man above will never put something in our paths that we can handle no matter how difficult it may feel/be.”