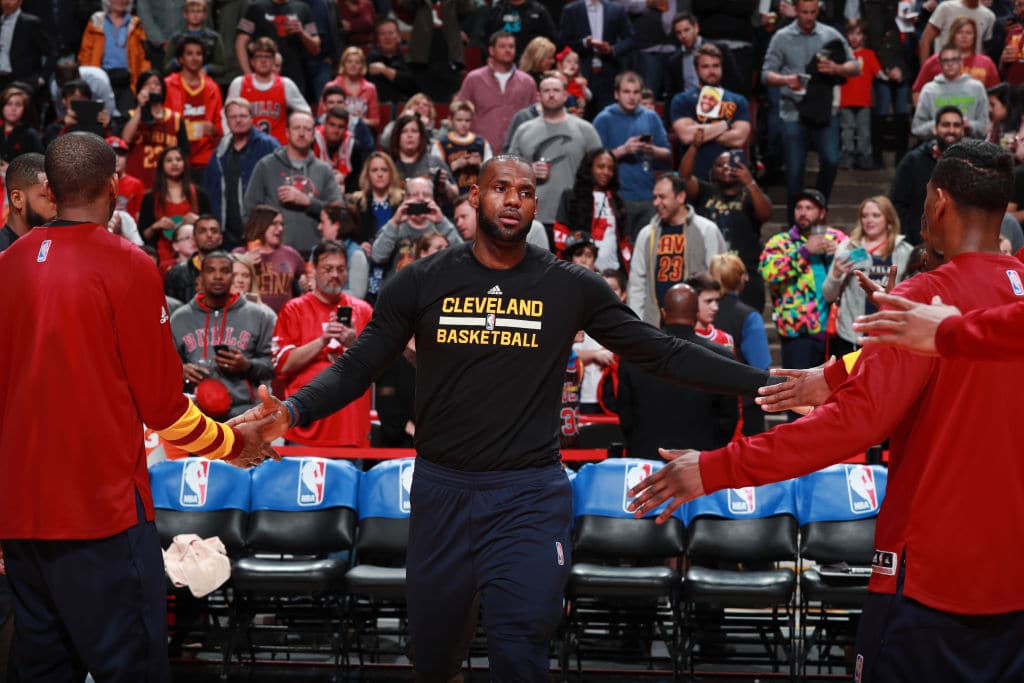 A Bulls fan made the mistake of heckling LeBron James when the Cavs came to town Monday night, and James did not shy away from firing back.

LeBron clowned the heckler while leading his squad past Chicago 113-91.

LeBron to #Bulls fan heckling him: “I hope that ain’t your girl next to you because she’s filming me. Bum.” 💀 pic.twitter.com/lC897O7yN1

Cleveland is riding a 13-game winning streak, but Bron is far from satisfied.

“He’s amazing,” said Kyle Korver. “He’s just demanding the ball. He’s like, ‘Give me the ball, we’re about to win.’ And, I’ve been around some guys who’ve had amazing years. I’ve been playing with him and Derrick (Rose) when he was MVP. Allen Iverson when I was young.

“But he’s taken this to a whole new level. It’s amazing to have a better than a front-row seat, because I’m usually on the court next to him somewhere. I’m glad he’s on my team.”

While Cleveland’s win streak is impressive, James said he won’t consider anything special until the Cavs nearly double it.

“Twenty-five,” he said when asked where the streak needs to get to before becoming significant. “Because you’re getting close to 33 (Lakers 1971-72), that’s the all-time record. We ain’t nowhere near close. We got close in Miami. We got to 27 and lost to Chicago.”