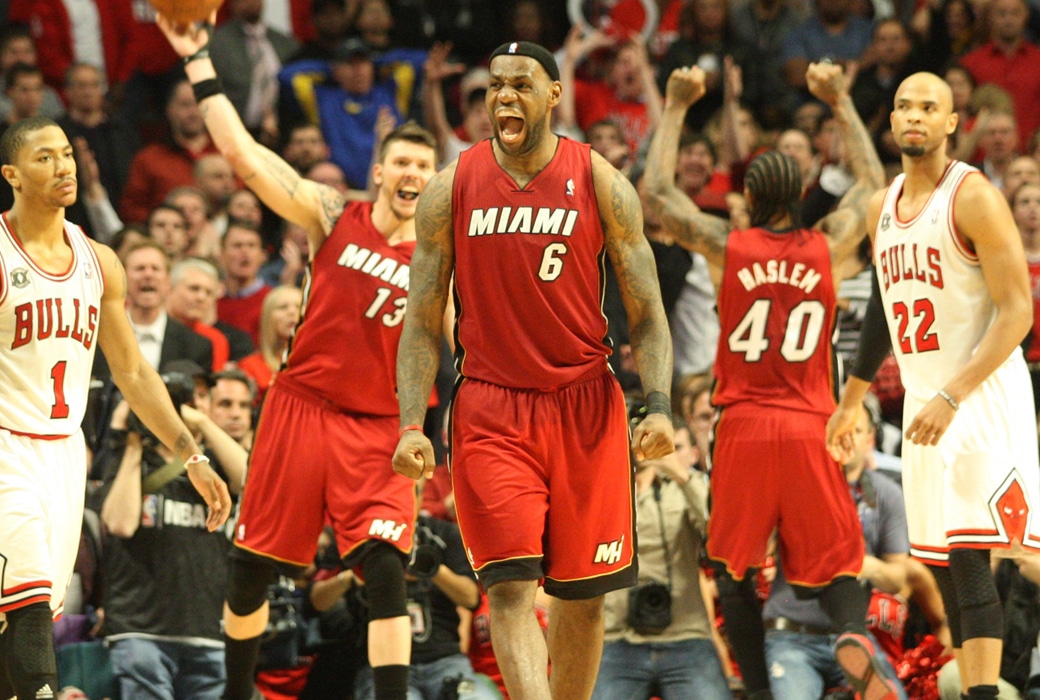 LeBron James gained 7 pounds during a conference finals game as a member of the Miami Heat.

According to ESPN’s Brian Windhorst, LeBron went from 271 to 278 pounds during the course of the game.

3 years ago LeBron James was having back problems that threatened to derail his career. He reached out to a to a former Navy SEAL for help: https://t.co/YMST9J2zdO

And the topper: the time James gained seven pounds during an Eastern Conference finals game.

Some Miami Heat teammates saw the scale and attest to it in amazement. James himself just shrugs and calls it “weird as hell.”

The truly wild part is that it was from 271 pounds to 278 pounds, though James is much lighter these days.

RELATED:
LeBron James: Losing Tyronn Lue ‘Like Losing One of Your Best Players’