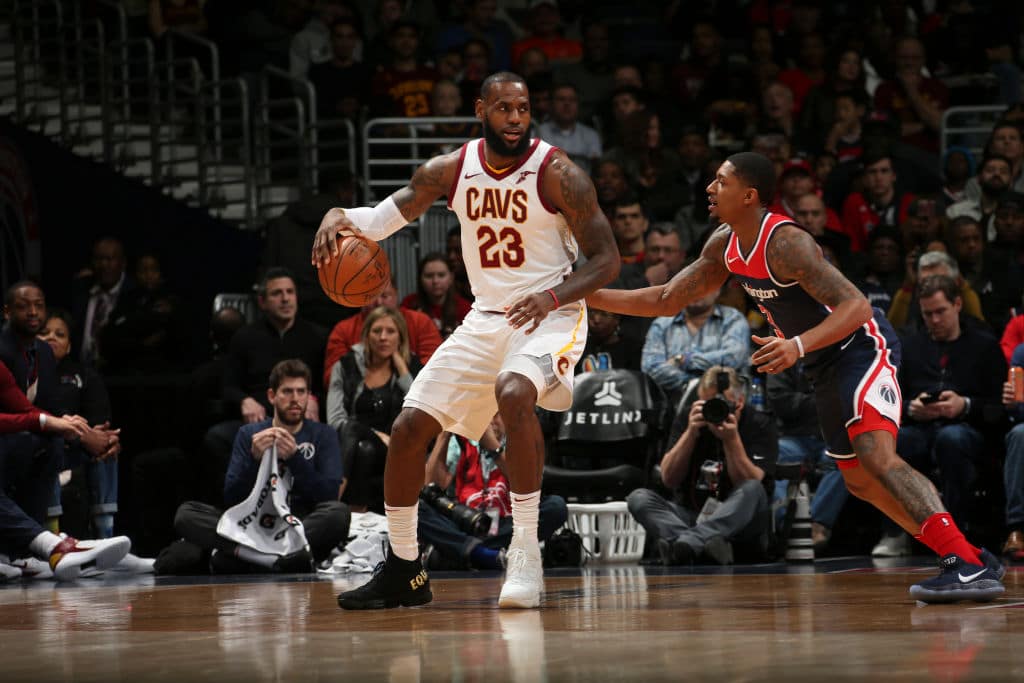 LeBron James finished with 20 points, 15 assists and 12 rebounds Sunday night in D.C. for his third consecutive triple-double, leading the Cleveland Cavaliers past the Washington Wizards 106-99.

James also made a political statement in the nation’s capital, wearing kicks with “equality” emblazoned on them.

The King wears one white LeBron 15 and one black LeBron 15 while playing in the nation's capital. Equality for all. pic.twitter.com/QtfbWaKcqr

The Cavs have won five in a row.

James finished with 20 points, 15 assists and 12 rebounds to lead the Cleveland Cavaliers past the Washington Wizards 106-99 on Sunday night for their 18th victory in 19 games, and then said afterward his choice of footwear was related to the game being played about a mile from President Donald Trump’s White House.

“This is a beautiful country and we’re never going to let one person dictate how beautiful and how powerful we are,” the four-time NBA MVP said.

James had his fourth triple-double in the past five games despite being called for four fouls in the final quarter.

“I actually played pretty bad tonight. I wasn’t as strong with the ball: I had six turnovers. Kind of lazy with the ball, at times,” James said. “And my teammates did a great job bailing me out.”

Related
LeBron James on Extending His High Level of Play: ‘I Want to Break the Mold’