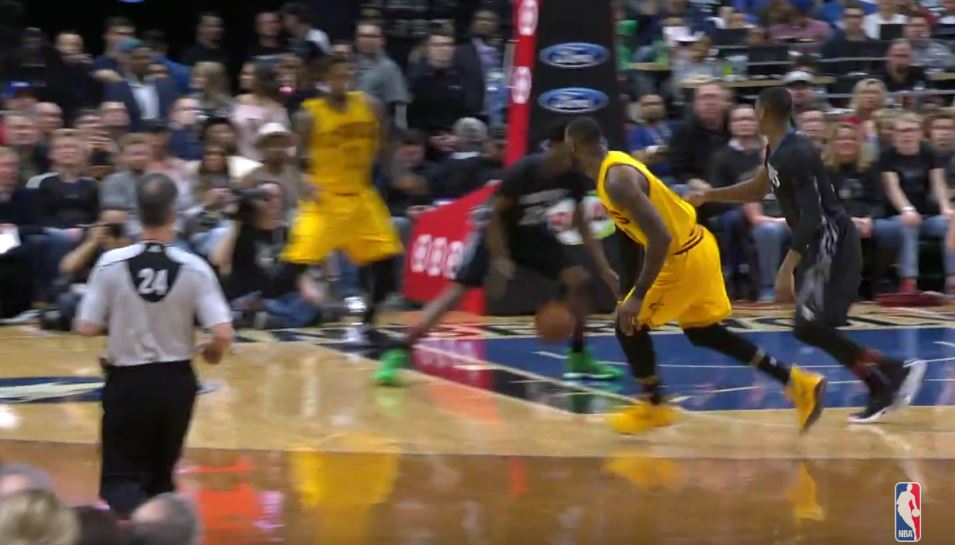 LeBron James caught Andrew Wiggins napping on this perfectly executed between-the-legs pass, which Derrick Williams completed with a dunk. King James has been on-point throughout the first half.

LeBron's got it going on @NBATV.