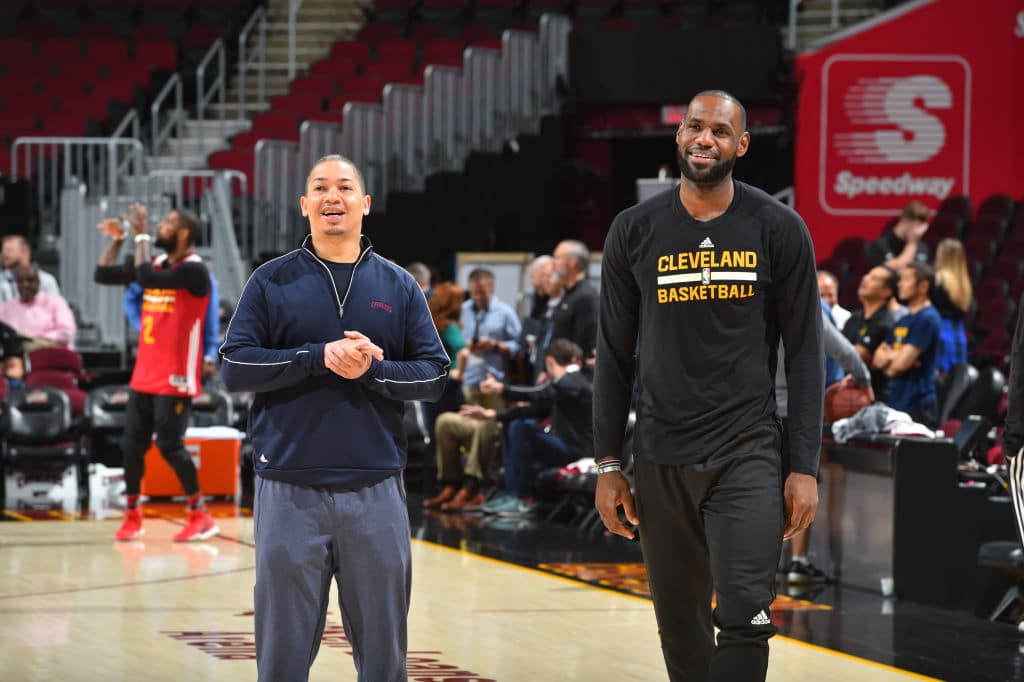 James, however, says he doesn’t know anything about the front-office’s deliberations.

The Cavs are 3-9 since Christmas, and are nearly the NBA’s worst defensive team.

“I don’t know what’s going to happen with our team,” James said after the Cavs were run out of their own building, 148-124, by the Oklahoma City Thunder. “I have no idea what conversations have been going on. Me personally, I’ve been trying to stay as laser-sharp as I can to keep my guys ready to go out and play. Obviously, it hasn’t resulted in wins, but I got to stay as fresh mentally as much I can with the struggles.

“I can’t worry about job securities and trades and things of that nature.”

No one inside the organization suggested Saturday that Cavs owner Dan Gilbert was preparing to fire the only coach who’s won a championship for this organization, and Lue will not make changes to his coaching staff. But some sort of reckoning could be coming.