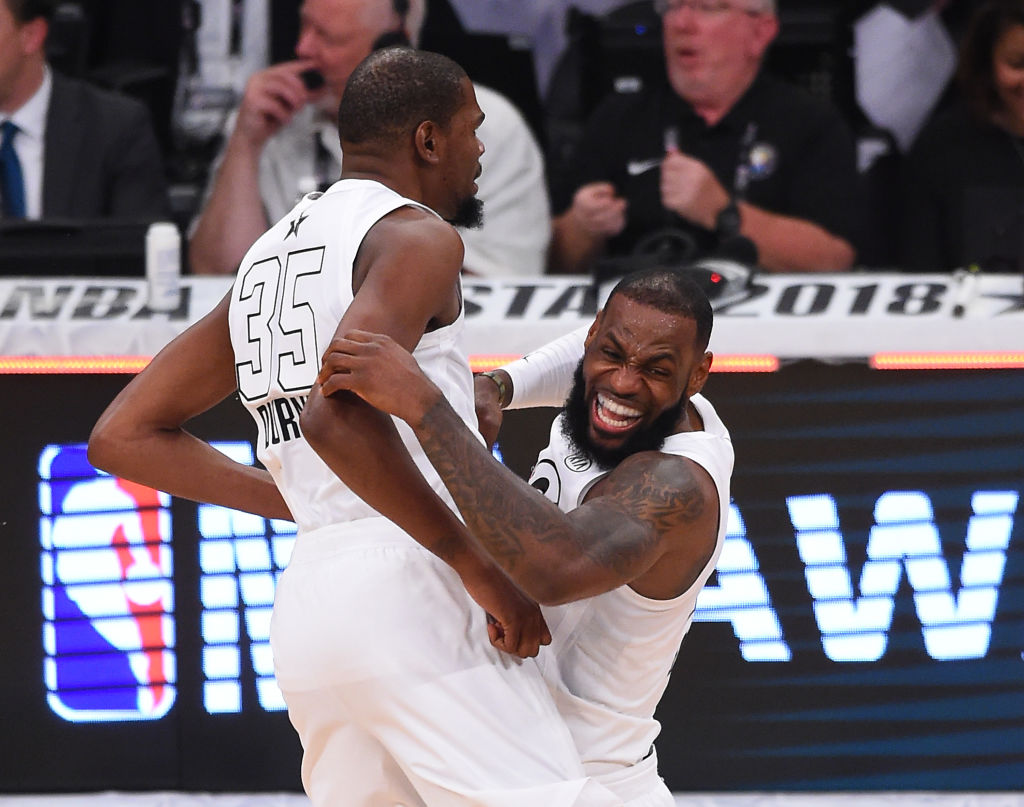 LeBron, who finished with the highest vote count among fans, got the first pick in the draft and selected Milwaukee Bucks forward and two-time MVP Giannis Antetokounmpo.

Team LeBron’s starting lineup for the game will consist of himself, Antetokounmpo, Golden State Warriors guard Stephen Curry, Dallas Mavericks guard Luka Doncic and Denver Nuggets center Nikola Jokic; all five of whom are or have been considered MVP candidates this season.

However, Durant won’t be playing in this season’s All-Star Game, as he’s currently recovering from a left hamstring injury. This circumstance will only fuel the perception, even from the Greek Freak, that Team LeBron is the overwhelming favorite to win.

Durant got the first pick of the reserves in the draft, and with that, he took another Nets teammate in James Harden (LeBron’s first reserve selection was Lillard).

The two members of the Jazz, Mitchell and Gobert, were the last two players taken in the draft (with Gobert being the final selection).

This became the source of some playful quips by LeBron.

In total, Team LeBron has a combined 66 All-Star appearances on their roster compared to Team Durant’s 39 total appearances.

The NBA All-Star Game will be played on Sunday, March 7, in Indianapolis, Indiana. The game will be broadcast on TNT, with tip-off scheduled for 8 p.m. ET.