LeBron James: ‘It’s Not About Me and Dan [Gilbert]’ 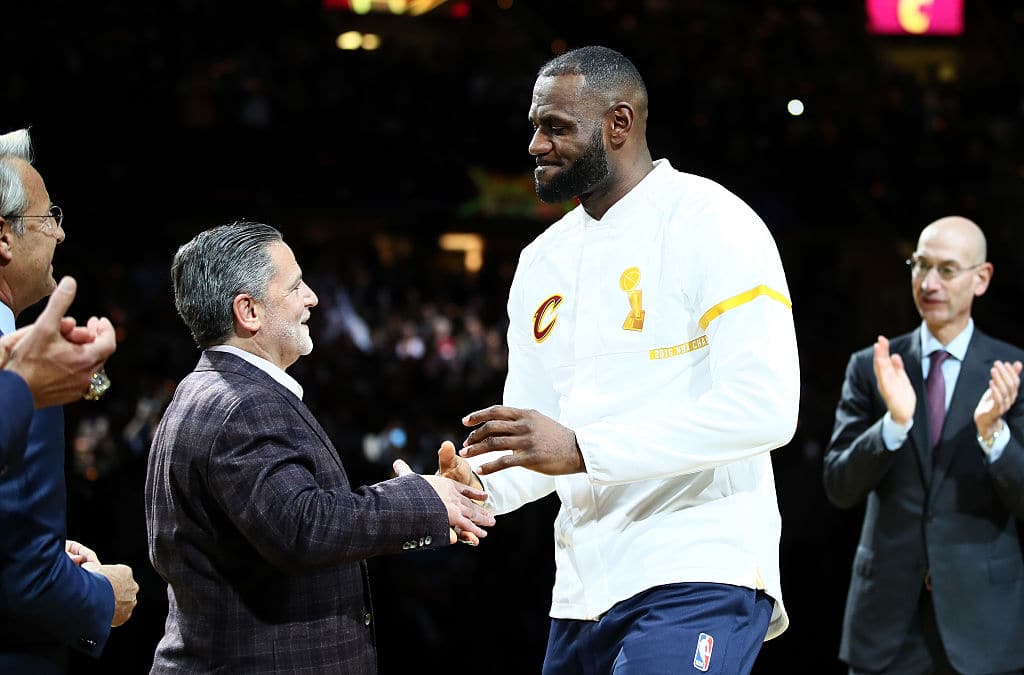 LeBron James says he has a “great working relationship” with Cavs owner Dan Gilbert, but dodged a question about it affecting his free agency decision this summer.

James points out that things have worked out quite nicely for both sides since he’s been back in Cleveland the last four years.

LeBron insists he won’t consider what the future holds until the offseason.

“It’s not about me and Dan — we have a great working relationship,” James told [Rachel] Nichols. “It’s not like we’re not the best friends, and I don’t think you should be best friends with a player, and an owner shouldn’t be best friends unless I’m your father and that’s my son, and, OK, cool we could be great then. But I think it’s worked out for us both in these four years so far since I’ve been back.”

James has made it clear repeatedly that he will not consider his free-agent options until the conclusion of the season. But he said he’s at peace with the things he and the franchise have been able to accomplish over the past four seasons, which has included a championship and now four Finals appearances.

When Nichols asked if James’ relationship with Gilbert would affect his free-agency decision, James said, “We’re going to see.”