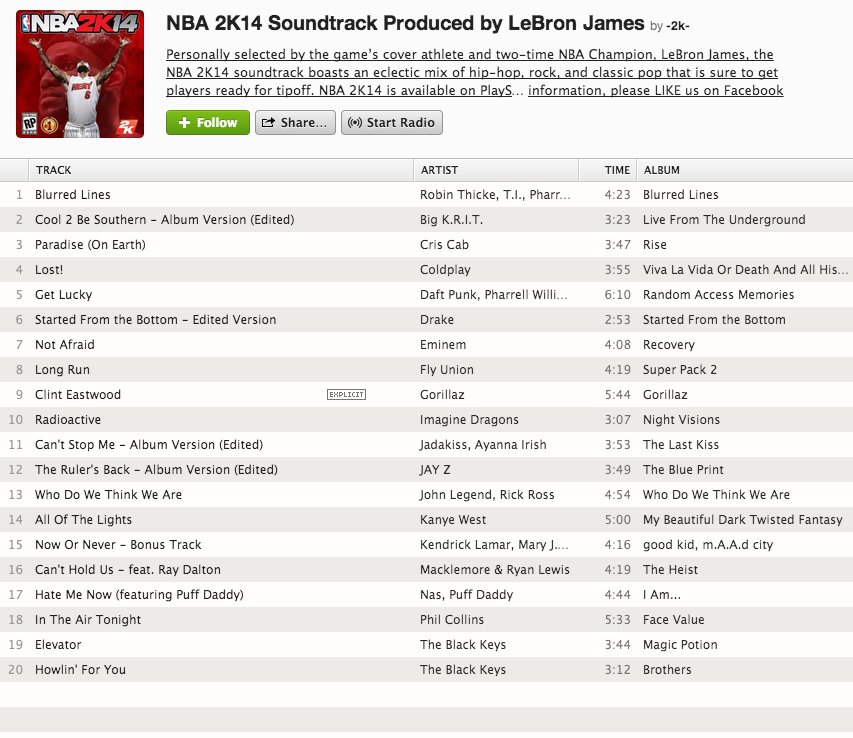 News has been out for a while that LeBron James was going to be on the cover of the newest installment of the NBA 2K series, his first video game cover. But not only is the reigning MVP on the cover, James is the music curator for the upcoming game. Basically, King James picked the soundtrack for the game, which features acts like Eminem, Jay-Z, Nas, Kanye West and Kendrick Lamar, among others. The whole album can be streamed on Spotify, and the track listing can be found below via Spotify.