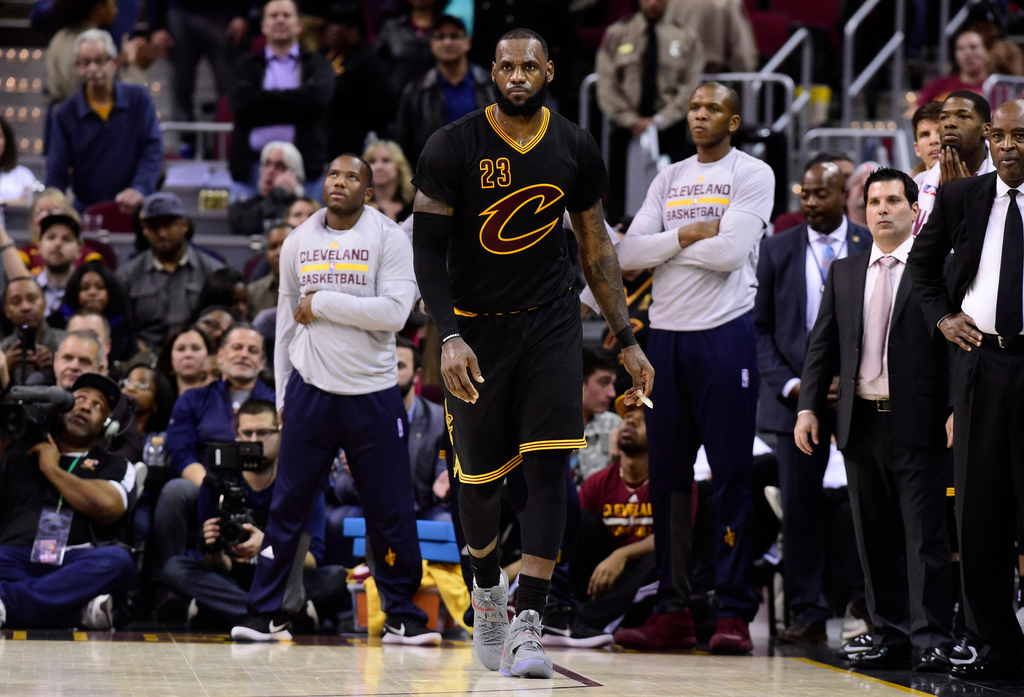 LeBron James is fed up with the Cavs’ lack of depth.

LeBron unplugged: "We’re not better than last yr. I just hope we’re not satisfied as an organization" Final thoughts https://t.co/bkwwZcvl7S

“I don’t got no time to waste,” he said. “I’ll be 33 in the winter and I ain’t got time to waste. That’s what I’m talking about. … When I feel like physically and mentally, me personally, can’t compete for a championship no more or I feel like I can’t do it, then I won’t have this problem. But until that happens, and it don’t seem like no time soon…” He didn’t finish the sentence. He didn’t have to.

James praised the progress [Kay] Felder has made as a rookie. “He’s gotten better,” James said. “I commend him.” But James asked if [Matthew] Dellavedova, who went undrafted in 2013, could’ve been ready to step into a postseason series as a rookie. […] “It’s tough for Coach because we’re in the process of trying to win a f—— championship,” James said. “It would’ve been unfair to Delly to ask him his rookie year to play on a championship-level team. So that’s why you got guys in front of him that allows him to (grow). We telling Kay to be a backup point guard to a f—— superstar right now, instead of being a backup point guard to a guy that’s proven in the league. You know what I’m saying?”