LeBron James: ‘I Did Not Retire from Team USA’ 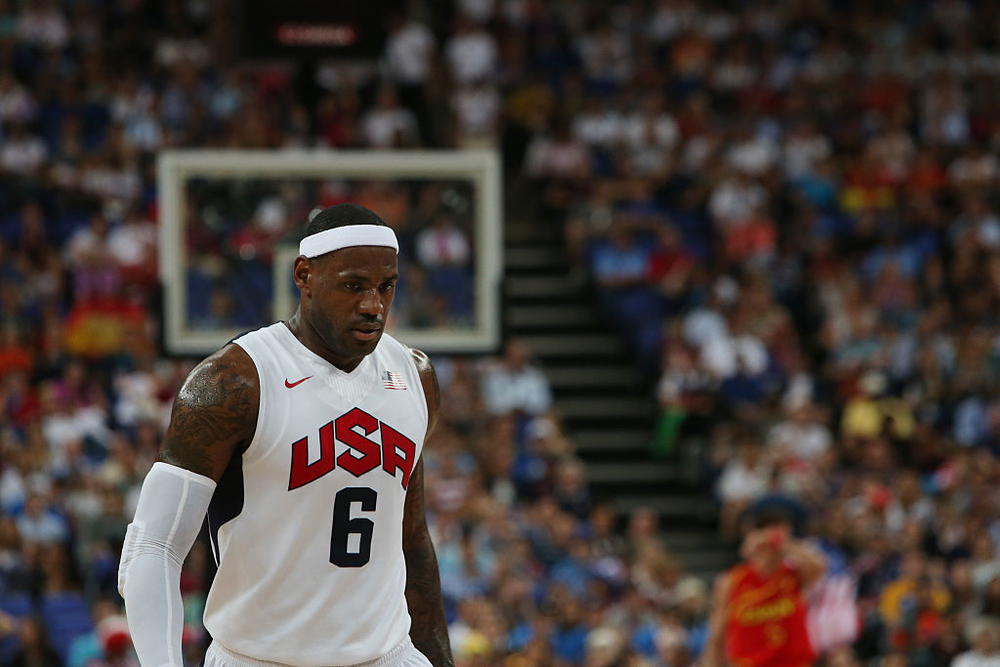 After skipping out on the Olympics this summer, LeBron James said Wednesday that his international basketball career isn’t quite over.

James, 31, wishes he was “out there” with Team USA during its quest for Gold in Rio.

Oh & yes, talked Olympics with LeBron too. Here was his quote to me. (Also noted how, gosh, Tokyo is a nice city 😀) pic.twitter.com/1jgbr51sab

LeBron used the offseason, instead, to rest and re-charge after leading the Cleveland Cavaliers to their first NBA championship in franchise history.

“Every time I watch ’em, I wish I was out there,” James said. “I did not retire from Team USA. I just did not play this summer. So I still left the door open.”

James joined USA Basketball for the 2004 Games in Athens, where the Americans lost their opener to Puerto Rico, dropped two more games and settled for bronze. He returned on the 2008 Redeem Team and won gold in Beijing and captured another gold medal four years ago in London. […] After leading the Cavs to a historic comeback against the Golden State Warriors in June, James said he needed rest and would not play in Brazil. If he decides to return to the national team, he would be 35 at the 2020 Tokyo Games.

James also addressed the call for social change he delivered at last month’s ESPYS with Chris Paul, Dwyane Wade and Carmelo Anthony. […] “We wanted to start off the show with something that meant something, you know, that really was true to our hearts, and let our fellow athletes know where we stand,” he said.