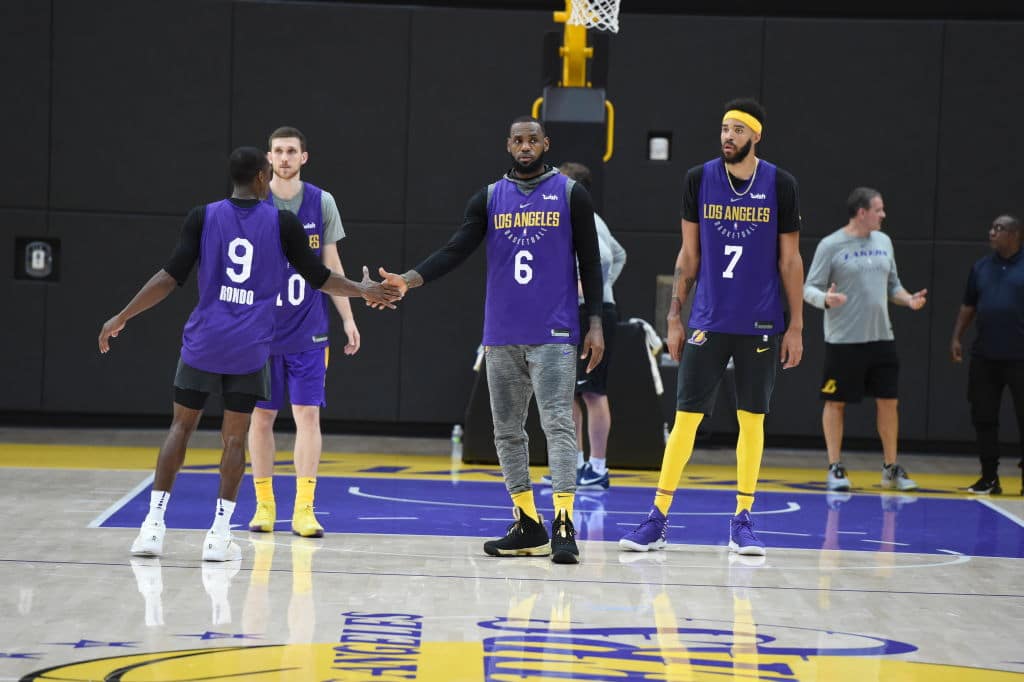 LeBron James, in an effort to build team chemistry, has reportedly set up workouts for the Los Angeles Lakers prior to training camp next month.

James, 34, plans to gather the re-tooled roster in Las Vegas.

The Purple and Gold will also travel to China prior to the start of the regular season.

LeBron James, in an effort to get his teammates to jell quickly for an NBA championship run, has organized workouts for the Lakers next month in Las Vegas that every player plans on attending, according to several people who were not authorized to speak publicly on the matter.

The sessions will be at Impact Basketball and are scheduled for Sept. 22-26. Each training session will last about 2 1/2 hours. The players will stay at the Wynn, and each is paying his own way.

With eight new players on the Lakers’ roster, James wanted to get together early because of a condensed training camp that includes a trip to China. James hopes they get to know one another’s games in a closed environment in preparation for training camp and a rigorous 82-game schedule. After the practices, they will have team dinners.