LeBron James: ‘I Have to Be Patient Right Now’ 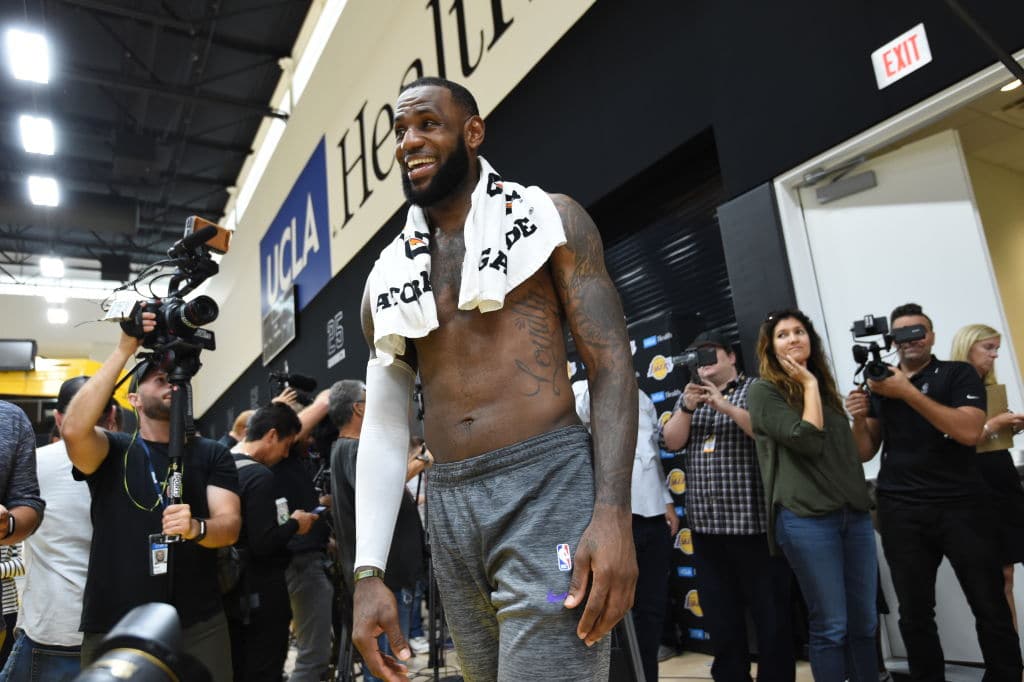 LeBron James is admittedly “not a very patient guy,” but he realizes that he has no other choice with the new-look Lakers.

James says he must exercise restraint in his new environment.

LeBron, however, set an aggressive and vocal tone in the first team practice Tuesday.

James was both upbeat and businesslike after his first workout under coach Luke Walton, who entered the NBA in the same draft class as James in 2003. The Lakers will hold double practices and a scrimmage on the first two days of camp leading toward their preseason debut in San Diego on Sunday night.

“We’re here for one reason and one reason only, and that’s to someday hoist the trophy,” James said. “Obviously that’s the end of the road, but you have to have those types of championship habits every day, not only on the floor, but off the floor as well. … Everyone is excited to get back to work. That’s a good thing. No one is coming in today and wishing it was still summer. It’s the best time of the year. Basketball season is back up, baseball season is on its way to the playoffs, and the NFL is in Week 4. So what could you ask for as a sports fan?”