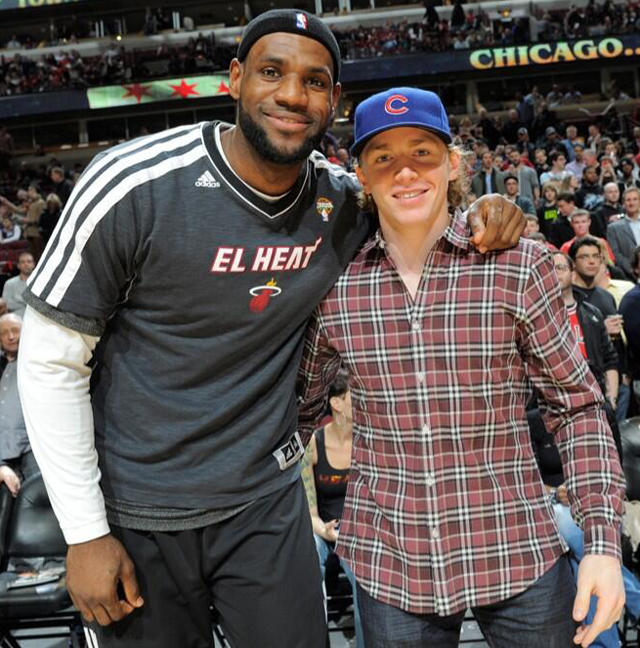 Here’s the deal: Pro athletes who know anything about the rest of the world truly respect elite athletes in other sports. And the ones who are really in the know, well, they respect NBA stars the most. As they should.

This past season, we got some serious bro love going from hockey to hoops—and vice versa, via Patrick Kane of the Chicago Blackhawks and LeBron James of the Heat. While the Blackhawks were en route to a record-setting, season-opening 24-game points streak, the Heat were on a winning streak of their own, one that would stretch into late March and finish at 27, the second-longest in NBA history.

“At my first hockey game. Pretty Damn cool,” James would tweet on February 2 from the Air Canada Centre in Toronto.

When the Blackhawks had a 22-game points streak going, and the Heat were at 15 games, sports geeks started debating which was more difficult to achieve. Apples and oranges, of course. But Kane, the Blackhawks ballerina-like skating and scoring phenom, didn’t care. He told everyone how much he admired the Heat, and especially James. “I’ve been a fan of LeBron ever since he’s been criticized heavily,” said Kane. “He’s come back to prove all of his critics wrong.”

The King fired back with the tweet, “Hey Chicago Blackhawks, u guys are AWESOME!! #streaking.”

That was on March 6. On March 27, Kane got to meet his man in Chicago, and posted this: “Me and @KingJames before the bulls-heat game tonight at the UC. What a game. Wow.”

That’s where the above photo came from. And if it looks like some big “El Heat” dude with his arm around a little boy from the United Center peanut gallery, that’s just how the 5-11, 180-pound, baby-faced Kane rolls. Bron-Bron’s got him by nine inches, 70 pounds and a ton of muscle. They both have moves that are sick. But it’s cool as can be that a hockey superstar appreciates a fellow superstar in another, vastly different sport. And surely, deep inside, Kane knows that skating is one thing, but being able to fly with a hammer is a whole different universe. 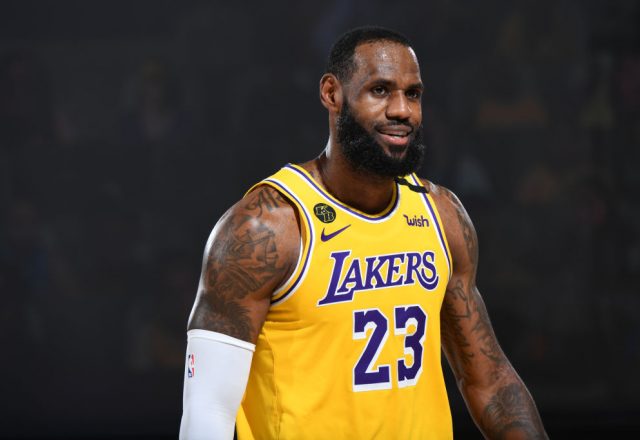