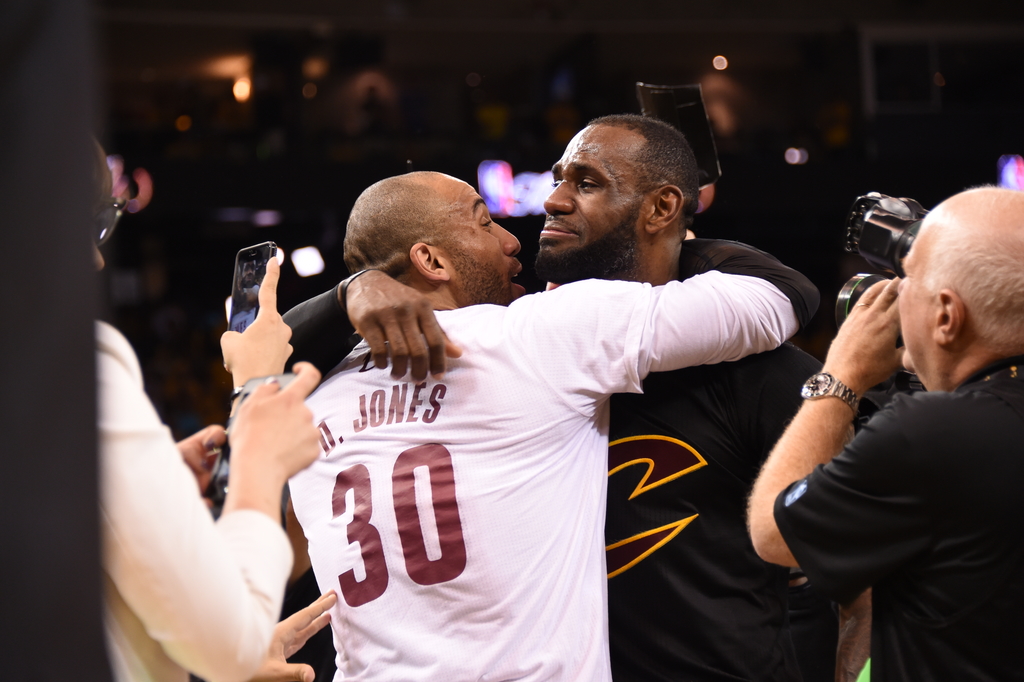 Dahntay Jones’ fine is a little bigger this time around, but LeBron James will happily cover it once again.

Jones picked up two technical fouls Monday night, and was booted out of the Cavs’ 116-105 Game 1 win against the Raptors, costing himself a large chunk of his salary.

The cost for his infractions is $6,000 (by the way, Jones’ salary for the season is about $9,000 since, like last year he was signed on the final day of the regular season).

“I actually told him… first of all, I said I was going to pay the fine before I even knew what it was,” James said Monday night. “It didn’t matter. And I told him tonight, I said, Listen Dahntay, now enough is enough. Stop getting kicked out against Toronto all the time. I’m gonna stop paying your damn fines.’ But yeah, he don’t have to worry about it. He’s good.”

Jones dunked the ball with 18.7 seconds left and was whistled for a technical for taunting. Then Jones and Norman Powell were assessed a double technical as Powell and Jones exchanged words.

“I ain’t trippin,” Jones said. “There’s a lot of things that can happen. Technicals can be rescinded. The first one, OK, I get it, but the second one? What was I supposed to do? That’s what I’m saying, things can change.”