LeBron James: Playing With Anthony Davis ‘Would Be Amazing, Like, Duh’ 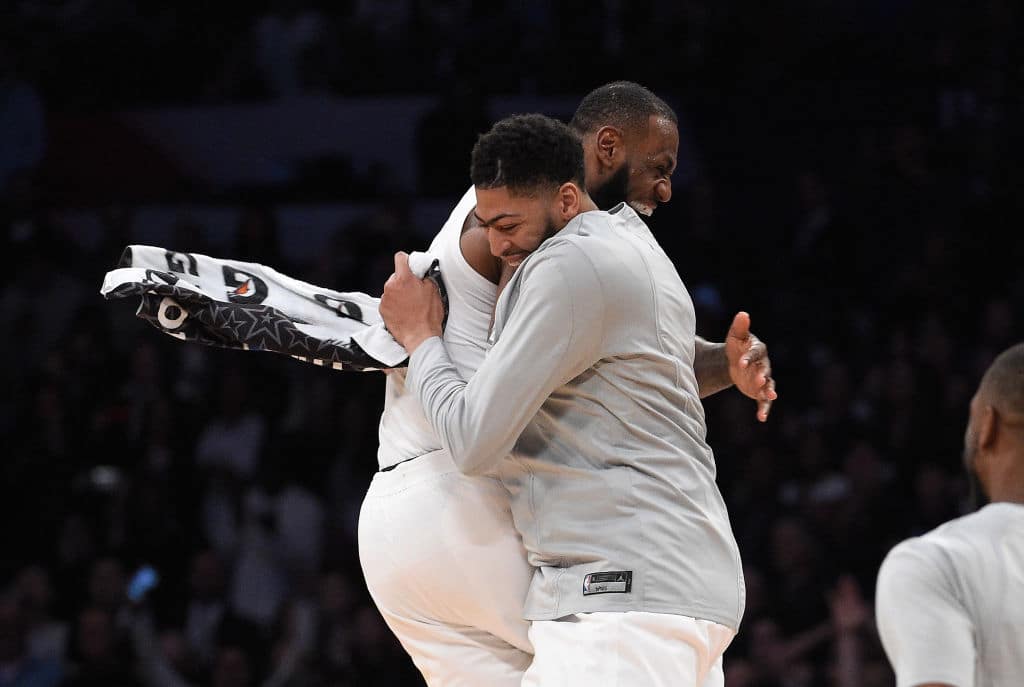 LeBron James says teaming up with Anthony Davis in L.A. “would be amazing, like, duh.”

The Lakers would have to trade for AD, who is under contract with the New Orleans Pelicans for $27.1 million next season and has a $28.8 million player option for 2020-21.

New story: With Anthony Davis playing in Los Angeles this week, what does LeBron James think about the Lakers potentially trading for AD to make L.A. his permanent home? "That would be amazing," LeBron told ESPN. "That would be incredible" https://t.co/c104Fi8A47

The 25-year-old NBA All-Star added to the growing speculation over his future by signing with Rich Paul of Klutch Sports in September, where James is also represented.

Ahead of Anthony Davis and the New Orleans Pelicans visiting the Los Angeles Lakers for the first time this season on Friday, LeBron James openly pondered what having the All-Star forward alongside him in purple and gold at Staples Center would be like.

He is eligible for a supermax extension this summer worth $239 million over five years, should he choose to stay with New Orleans. Should he be traded and ride out the rest of his guaranteed deal, his new team — such as the Lakers or the Boston Celtics, who also are lurking in the Davis sweepstakes with trade assets galore — could sign him to a five-year, $205 million extension in the summer of 2020. Or if he simply waits out his final year with the Pelicans and tests unrestricted free agency in the summer of 2020, the most he could sign for with a new team with cap space would be for four years, $152 million.