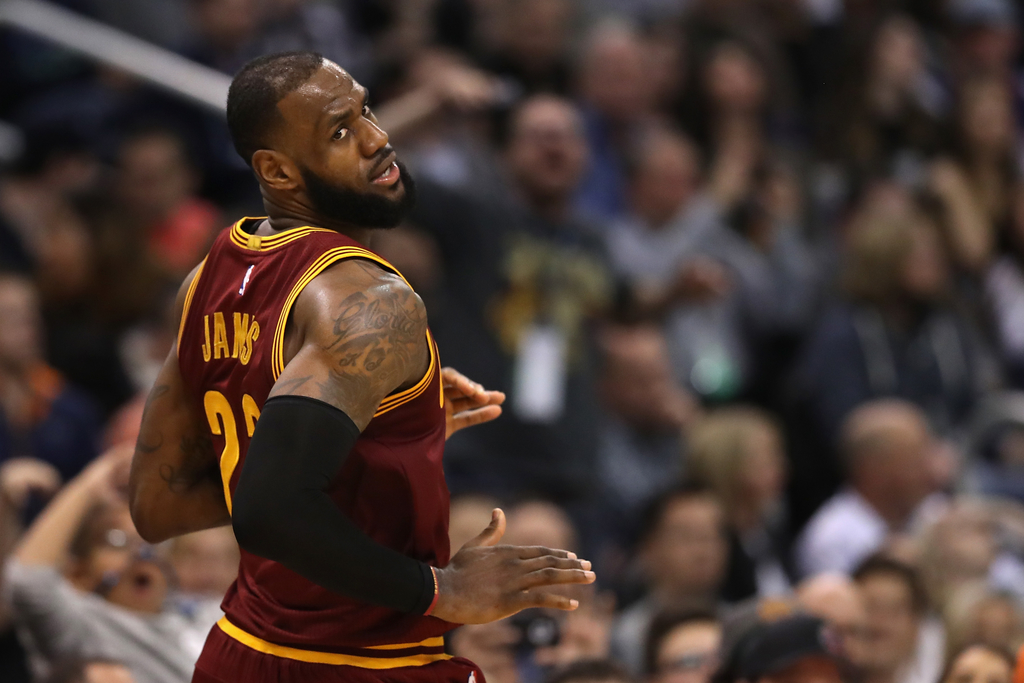 James scored 12 of his 28 points in the fourth quarter to secure the victory.

Kyrie Irving added 27 points and Kevin Love 25 for the Cavs.

“I am just confident in my ability,” James said. “I work on my craft. I work on my shooting every day so it is always an option I could go to. I just try to mix it up, playing interior, playing transition, playing on the exterior and I was able to knock a couple of them down.”

(Cleveland) led by as many as 22 in the first half and 20 early in the third quarter. […] The Suns tied it late in the third and got within one in the fourth but never took the lead.

“We made enough plays down the stretch to win,” James said. “We played good ball except for the third quarter. We allowed them to get out in transition and them being young and athletic they took advantage of it.”