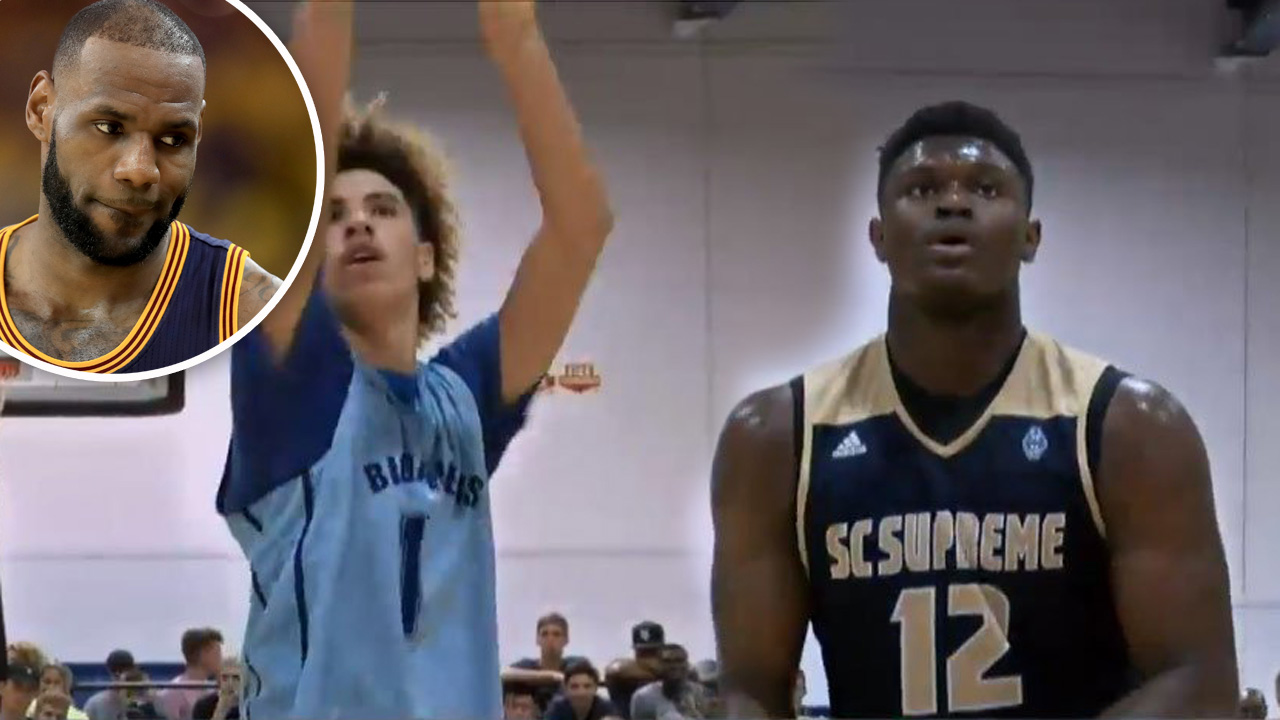 The gym was so packed for the AAU showdown between LaMelo Ball and Zion Williamson on Wednesday night that even LeBron James was advised not to enter the arena.

LeBron reportedly pulled up to the Cashman Center in Las Vegas but left due to the uncontrollable crowds.

A number of NBA players did attend the game, though.

LeBron James had planned to watch the Ball-Williamson showdown courtside, but he did not get out of his vehicle after he arrived, instead deciding to avoid the frenzy after a conversation with people associated with the Adidas Uprising Summer Championships, a source told ESPN.com.

James arrived with several people before choosing to skip an event that already had been dealing with overcrowding and local police threatening to shut it down, per the source.

“There were security concerns,” the source said.