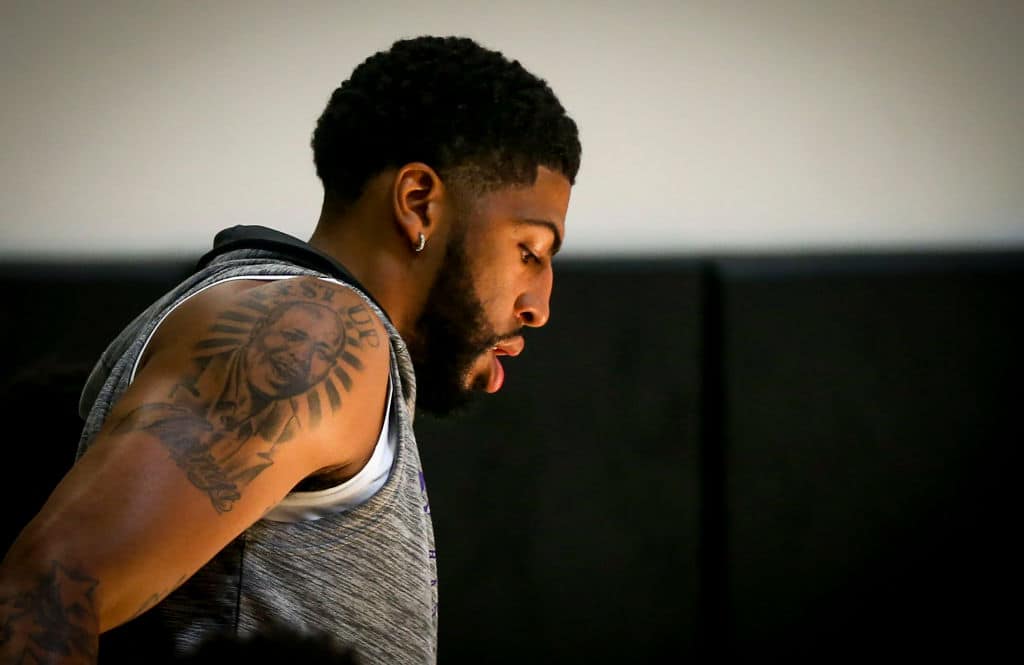 Davis, 26, says it was “an honor” for the 34-year-old James to trust him with leading role in Los Angeles.

AD also has designs on winning Defensive Player of the Year.

“I’ve kind of been a focal-point player my whole career, especially in New Orleans. But first off, to have a guy like LeBron, someone of his caliber, go tell management and ownership and the coaches that he wants me to be the focal point is an honor,” Davis told Yahoo Sports. “I know what comes with that, and that’s a lot of heavy lifting. I want to be able to do that. I think I have the capabilities of doing that. And obviously with the team’s support, it’s going to be a lot easier on me. We have a great team.”

While James will still be the unequivocal leader and captain of the team, he’s never been one to back down after being challenged by a teammate. In fact, he encourages it.

“I want to be Defensive Player of the Year,” Davis told Yahoo Sports. “I think if I’m able to do that, I can help this team win. The offensive end will come around, but defensively, I want to hold myself, teammates, including LeBron, accountable in order for us to take on the challenge of being the best we can defensively. In doing so, we’ll have a good chance of winning every night. I want to make sure me and LeBron are on the All-Defensive Team. And for me personally, I just want to be the Defensive Player of the Year. If we’re able to hold teams under 100 [points], which is probably unrealistic but it should be our goal, I think we’ll have a shot at winning the title.”

Related Anthony Davis: ‘This Summer I Improved the Most on My 3-Ball’