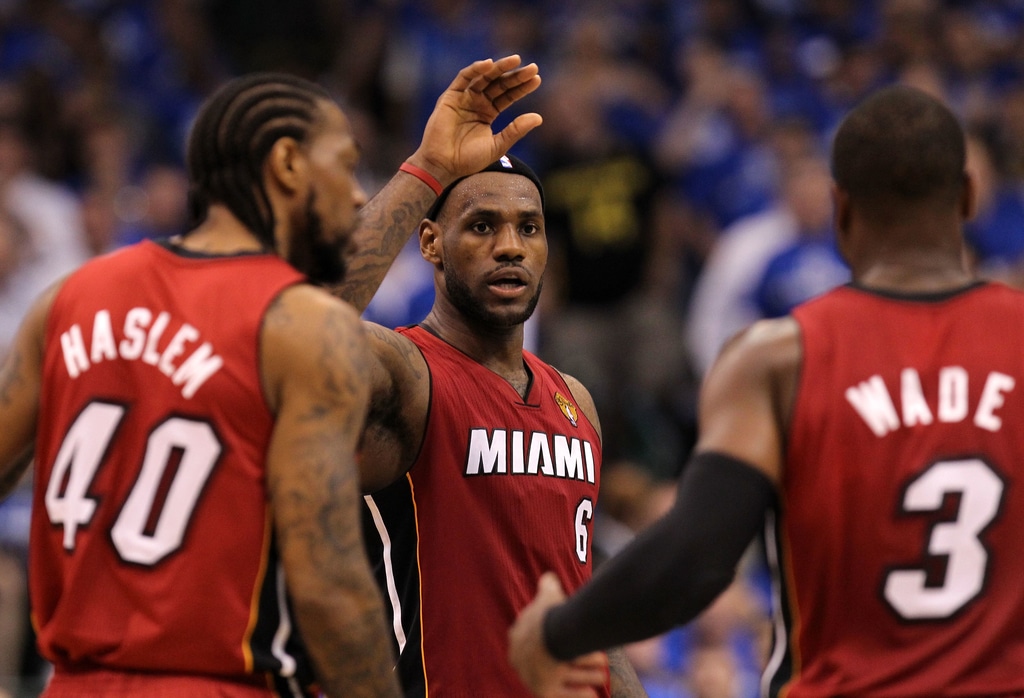 Haslem says the trio did not discuss James’ future.

The LeBron free agency sweepstakes will get underway July 1, and Miami is one of the teams reportedly in the running.

But if James really is considering a return to the Heat, Haslem is willing to get in on the recruiting.

“There are great pieces here and we all know the city loves him and we all know what he’s capable of doing,” Haslem said. “I’m sure the organization and I would love to have him. But as a friend, once again, I support LeBron with whatever decision he makes. So we’ll see. Am I going to be a part of the recruiting process? Hell yeah. If he reaches out and we talk, I’m going to throw it out there. But you just never know.”