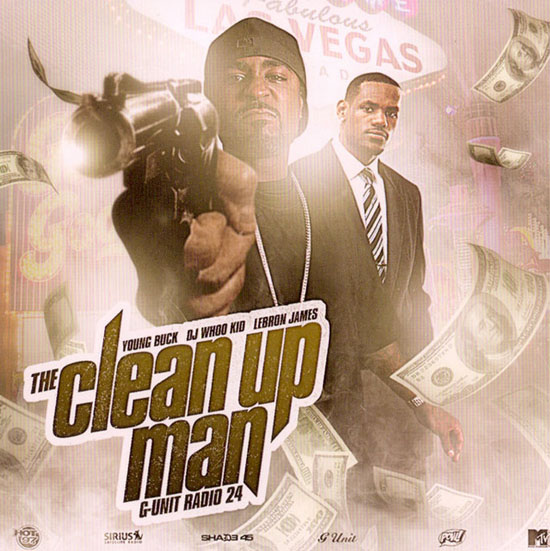 I’m a fan of LeBron James, the ballplayer. I’m obviously not telling you anything new when I say that he’s an amazing physical specimen. Last night, for example, he pulled off a monster two-handed double pump jam over a couple of Mavs defenders that 99.9% of his peers wouldn’t even dream of attempting, let alone pulling off. What I’m not a fan of, however, is LeBron James the person. The person he shows to the world, anyway.

There’s something decidedly inauthentic about dude. Even his Nike spots with the multiple personalities feel contrived. You can practically tell he sat down with his peoples at the Swoosh and made a conscious decision to come off as a funny and quirky guy. It obviously didn’t work. No one bought into it. Dude is hell-bent on becoming an iconic figure, and not just athletically-speaking, either. He wants that Jordan status.

Of course, there’s nothing wrong with this ambition. To each his own, I say. I just find that I need a little bit more…humanity from my sports heroes. I need to feel as if I can identify in some way (however small) with an athlete to truly become a fan of theirs. This is the main difference between LeBron and someone like Gilbert Arenas: Gil comes off as a dude you could kick it with and forget (for a little while at least) that he’s a multi-millionaire NBA superstar. With LeBron, I seriously doubt that you’d forget who and what he is for even one second. What the hell would you say to the guy?

Since he’s unquestionably the future of this beloved League of ours, I can’t help but feel a need to be a die-hard fan of his. If he’s going to dominate for the next 10-15 years, I want to be able to enjoy every bit of it. Don’t you?

This is why I’m always waiting for him to show a bit of his true self. I don’t need the clichéd answers to the media’s pesky questions, the cheesy ads, and the omnipresent Roc sign. I need to know HIM. Who knows, maybe I’m asking for too much here. After all, he doesn’t owe me or anybody else anything. I never really got to know Tiger Woods, and probably never will. And that’s a shame, because when it’s all said and done, he’ll probably end up as the greatest athlete of my generation. I can live with not knowing the real Tiger, because ultimately, Golf means very little to me. Basketball on the other hand, is something that I care about immensely.

Today, I think I’ve come across a glimpse of LeBron’s true persona. The fellas at Free Darko posted the intro to DJ Whoo Kid’s G-Unit Radio #24 (featuring Young Buck and LBJ). I’ve never heard any of the songs on the mixtape, but it seems to have a LOT of Young Buck on it, so I think it’s safe to assume that it’s terrible. Regardless, what’s important is LeBron’s contribution on the intro track:

LeBron James: Ayo for all you haters out there, why don’t you check out this new Young Buck. He takin over the game so watch out. He got something coming…FOR YOUR MOTHERF*CKING MOUTHS”

Who knows, maybe this mixtape appearance is just a small part of his ultimate plan for world-domination (seriously, who pushes lawn-care products and then makes an appearance on a gritty hip-hop mixtape?), but I’m choosing to believe it’s a 22 year old kid letting loose for once, and having a bit of fun. I need more of that kid.