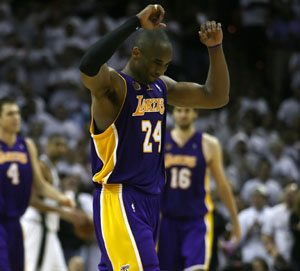 For a long time I failed to understand the point of funerals. I don’t need people in their Sunday best crowded around a hole in the ground paying me lip service. Half of them just show up out of a warped sense of obligation anyway, as though helping me move into that big condo in the sky is the last favor they’ll ever be able to do for me. I don’t even need the ridiculously ornate U-Haul box they ship me off in, do you know how much those things cost? No thanks.

Eventually, I came to the conclusion that people didn’t attend funerals to mourn a loss, but to grieve the inevitable. No one here gets out alive. Some of us just need to be reminded of that from time to time.

But not me, I don’t need the deathday party. I always said that when I leave my body, whoever finds it could leave it right where it lies. All you’ve found is my corporeal frame. What makes me me is long gone. But maybe I’ll see you again someday. Cause no one ever really dies either. Right Ernie?

I held fast to that as I bled to death in the middle of Wilshire Boulevard.

She’d pushed me too far this time. Screaming at the top of her lungs about ratings and conspiracies. I tried to explain that even though Barry got Fisher off of his feet, by trying to dribble around him and then shoot rather than leaning and launching immediately, he’d lost his chance at getting the whistle. She wasn’t trying to hear it and in a blind rage hurled an ashtray at the television, ruining it and my night. Now how was I supposed to watch The Real World? Once again, I stormed out of the hotel in a huff. She’d always found a way to stifle my enthusiasm following a win, but never like this. And I’d always wanted to do a somersault, but not like that.

Look both ways before you cross the street kids.

I’d always imagined a long line at the golden gates of heaven, but that’s not how it works. It’s not a kingdom in the clouds either, but another planet in another time unto itself. A celestial palisade of endless springs and ageless beauty. People never tire or worry or want for anything. You don’t have to wear shoes anywhere, you never get dirty and there’s never any pulp in the bottom of your orange juice.

It turns out that being omniscient and omnipresent leaves God with a lot of free time. And he loves basketball. After introducing me to James Naismith, the creator entertained a few questions.

SLAM: What’s with the flashing of our entire lives before our eyes? That was really embarrassing.

God: Every moment matters. People don’t completely understand how I’ve always had a plan for them until they see exactly where I’ve impacted the direction of their lives. Take Kobe for example.

God: You know this isn’t a coincidence. Going back to the Denver for the first round? With their star embroiled in legal troubles and accusations of quitting? Going back to Utah in the second round? Where he’d began he’d began his playoff career with all those air balls and had never won a game? I even gave him those back spasms in Game Four just so he could have his Jordan moment. It didn’t work out the way I wanted, but it’s a process. And now return to San Antonio, where his most formidable opponent of seasons past is looking to finally repeat at his expense? With Boston and Detroit waiting in the wings? C’mon now. Anytime anything is too good to be true, that’s me.

God: Especially Joey Crawford. It took a while to lay the foundation for that one but it was worth it. Any other ref in that situation might have folded under the pressure and blown their whistle. It’s not a certainty, but I didn’t want to take any chances.

SLAM: So you fixed the playoffs for Kobe?

God: I didn’t fix anything, I just gave him what he needed to compete and laid the challenge before him. Think about it. He’d already been blessed with exceptional talents and an indomitable will, but the question was always how he would apply it. I thought it was pretty funny that he started the season unwilling to endure the growing pains of a budding talent, but I guess the irony was lost on him. And Shaq. Regardless, as much as he didn’t care for his teammates he’d soon realize that they were perfect for him. Who’s better to surround an expatriated American with than a bunch of Euroballers? Of course their minds were willing, but their flesh was weak. It was his responsibility to mold them, to make them better. His will and skill meant nothing if they were repelled by it instead of absorbing it. It was about so much more than just passing them the ball and he understands that now.

SLAM: You think so?

God: Look who you’re talking to. I know so. Look at how Odom and Walton performed last night. After a horrible Game Four, Lamar came out intent on making amends. He was aggressive, hit the boards, attacked the basket and didn’t lose focus on the bench after those questionable fouls. Luke came in to replace him, immediately turned the ball over twice, played horrible defense and in four minutes a 14 point lead had been dwindled down to five. That should have been the beginning of the end. But as soon as Lamar returned to play, he created a mismatch in the post on Parker, drew a double team and passed to Luke for an easy dunk that got him back on track. Walton then put back off a loose ball, an offensive rebound and completed a three point play on Ginobili. Odom came back fresh in the second half and scored crucial buckets down the stretch to hold off a Spurs run, including eight points in the fourth. They didn’t do those things in the past because Kobe didn’t instill that confidence in them or give them time to correct their mistakes. The Spurs defense didn’t allow him to create for anyone last night, but they still got the job done. Because he believes, they believe.

SLAM: So this series is over?

SLAM: Who’s going to win the East though?

God: That one’s entirely up to Kevin. It’s out of my hands.