Lifestyles of the Rich and Overpaid 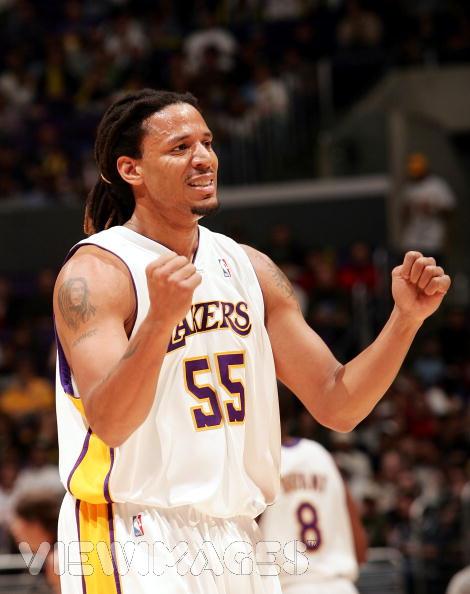 By Robin Leach (as told to Jake Appleman)

You might only know him from Biggie’s lyric, “I made the change from a common thief / To up close and personal with Robin Leach.” You might actually know him very well from his various shows on E detailing the extravagant lives of the rich and famous. What you probably didn’t know is that Robin Leach is a huge NBA fan. And nothing pisses him off more than players that don’t earn their keep. SLAM caught up with Leach at a lameness convention, where Leach, one by one, detailed (via monologue) his humorous disdain for overpaid ballers.

Once a solid performer with dreadlocks that flopped with the intensity of a solid box out, Brian Grant spent the 06-07 campaign stealing money.

How much might you ask? Counting for roughly 15.8 million dollars against the Los Angeles Lakers’ cap and 1.8 against the Boston Celtics’ cap in 2007, the retired Grant not only invested himself heavily in the two storied franchises, HE BOUGHT THE RIVALRY. Take that, Bill Russel’s pension! Take that, Kareem Abdul Jabbar’s yard sale!

It has been reported that Grant, who fell in love with Jamaican culture on a vacation with his girlfriend, is an avid collector anything Jamaican. Not only has Grant spent a few million to secure one of Jamaica’s nicest private beaches, he had it detailed with sand sculptures of Ziggy Marley.

Those who are lucky enough to land their private helicopters on Grant’s private Heli-pad, can also enjoy Grant’s hella-pad when they stay at his 47,000 foot private estate. Might we suggest the guest house. It’s made entirely of hemp.

To top it all off, he bought Sanka from Cool Runnings.

Now that he’s chilling in Jamaica, vultures that want a piece of the action can sift through expensive rasta-related items in Grant’s California pool house. He calls it Malibu.

While the 7 year 86 million dollar deal he signed with Miami in 2000 enables him to buy lots of cars and houses, Grant, who was named the winner of the J. Walter Kennedy Citizenship Award for the 1998-99 season in recognition of his outstanding community service and charitable work, is a pretty cool guy. It was reported by SLAM magazine that Grant donated 1 million dollars recently to local Boys and Girls Clubs. And if he didn’t, he probably should have.

Traded to the Lakers from the Heat so that Mitch Kupcheck could absorb trading Shaq, Grant averaged no more than an underwhelming 3.8 points per game for LA.

In his only season with the Lakers, somebody forgot to tell Kobe to pass the ball to Grant. But why should Kobe have passed to Grant, you ask?