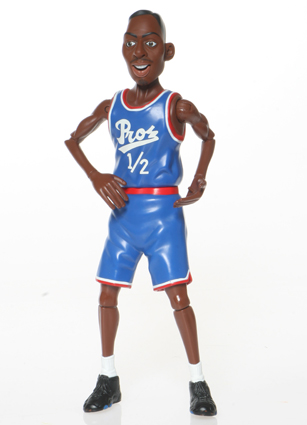 Penny Hardaway never visited the SLAM Dome over the course of his 14-year NBA career, but Lil’ Penny did. This would have been in ’96 (or ’97), not long after LP expressed televised astonishment that Ken Griffey Jr picked the Mariner Moose over him to be his running mate in his ill-fated Presidential bid. A liability is what he called him.

Lil’ Penny did the usual celeb things while he was in town—went to a Knicks game with Spike Lee, did a photo shoot, conducted some interviews. At the time—for argument’s sake let’s say it was spring of ’96—both Lil’ and Big were in their respective primes. Big Penny was at the tail end of his third season, one that would see him average a career-high 21.7 points, along with 7.1 assists and 4.3 rebounds. He’d also play (and start) all 82 games for the second time in three seasons and make his second consecutive All-NBA First-Team. He’d never do either again.

What happens when your alter ego becomes more famous than you? This never happened to Michael Jordan, no matter how popular Mars Blackmon became. After all, it would take a lot to dethrone the best ever. But for Penny, an All-NBA talent whose body started to break down before he even turned 25, his miniature trash-talking doppelganger eventually took over. This was not the original intent.

“[Nike] came to me to talk about my sneakers and where we wanted to head next, and someone talked about an alter ego,” Hardaway told The New York Times in 2012. “When I heard it, I laughed because I’m laid-back and reserved, and this alter ego of course was going to be the bad guy. Most of us have a little bad guy in us.”

Of course, most of our inner little bad guys don’t get a signature sneaker (2009’s Half Cent) and host Super Bowl parties with Tyra Banks. They don’t go to high school with Kevin Garnett, star in commercials, or well, visit magazine offices. Then again, a good number of them might be voiced by Chris Rock. Not when he started voicing Lil’ Penny, though. He had done New Jack City by then, but was still something of an up-and-comer despite roles on In Living Color and Saturday Night Live.

If only Big Penny’s medical and training team were as wildly successful as his commercial people. Lil’ Penny allowed the shy superstar to serve as an exasperated straight man, a much more fitting role for the Memphis, TN, born and raised Hardaway than his sidekick’s obnoxious swagger. It allowed him to be himself, while Lil’ Penny said (and did) all those things that wouldn’t have been so believable coming from him. It was the Spike and Mike blueprint, only bigger.

The truth of the matter is this—LP could have been inducted into the KICKS Hall of Fame long ago. He was a lock the second he “retired,” heck, from his first “the Secret Service couldn’t guard me!” outburst. But it’s kind of good we didn’t, because his qualifications have only grown in the years since. In 2009, four years after Penny played his last game, Nike introduced the aforementioned Half Cent, a hybrid of Penny’s previous signature models, as a new signature shoe for Lil’ Penny, whose visage appeared on the shoe. Then, in 2012, Nike introduced the Air Penny V, continuing Penny’s signature line.

This resumption of a signature line was unprecedented. Sure, there’s a new Air Jordan every year, but the Air Jordan line never stopped. And other athletes—most notably Charles Barkley and Ken Griffey Jr—have seen hybrid, updated versions of their older shoes return, but not a new signature model. Does this happen without Lil’ Penny? Doubtful. The Glove might be coming back, but a new Gary Payton shoe probably isn’t in the cards. And GP’s a Hall of Famer.

In the end, Lil’ Penny did more than just give Penny Hardaway a mouthy alter ego. He extended his career. Both of theirs, actually, as the original commercials still flourish on YouTube nearly two decades after they first aired. As for LP himself, we don’t know what he’s been up to. He hasn’t been returning our calls, and we haven’t gotten a Super Bowl party invite in a long time. We do know this, though: Tyra, your toothbrush is still at his house. 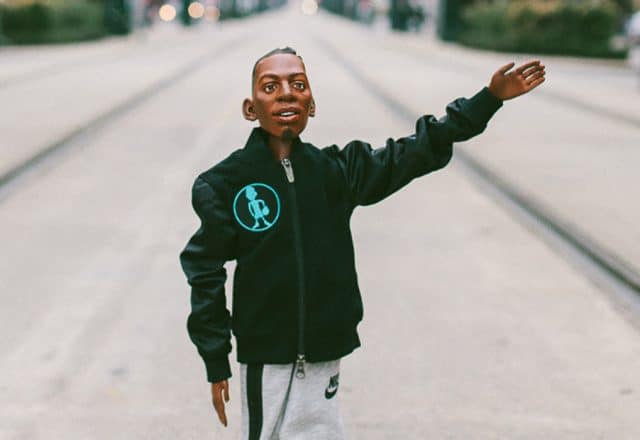 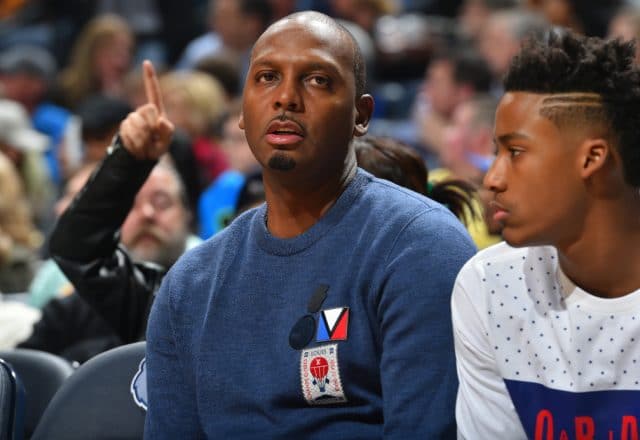