Line Of The Night — Tattoos And Mohawks 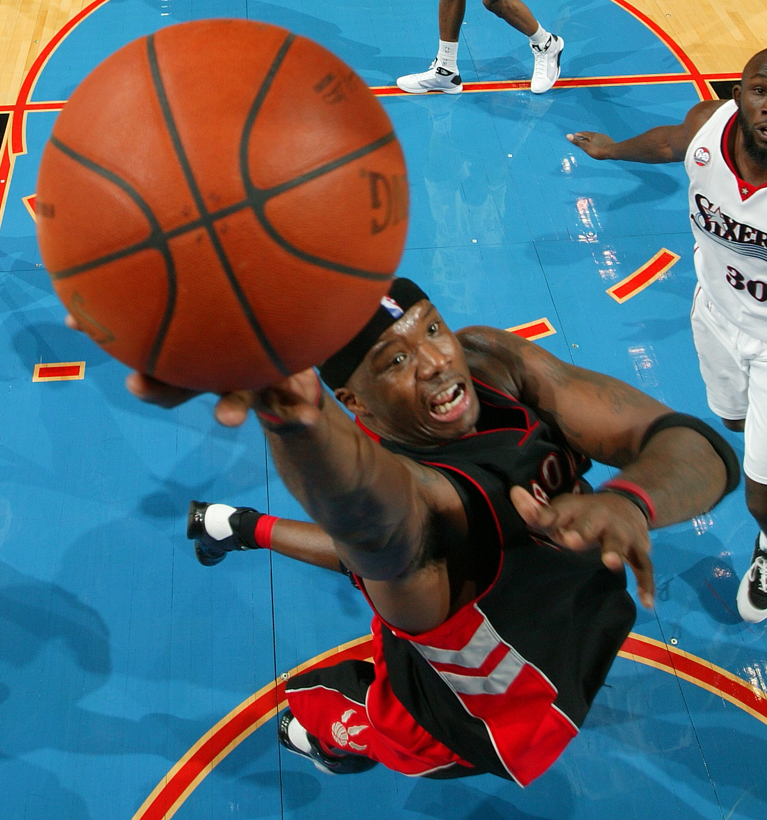 Line Of The Night:

An L.O.N. Revolutionary does this in his home opener at The Garden? It’s a wrap, J-Creezy, here’s your first L.O.N.nie of the year.

Worst Of The Night:

When it rains, it pours. In the midst of demanding a trade, Al drops this clunker on opening night; a night when he could have secured a big win for his Warriors, over the Hornets, if a couple more of those shots had fallen. The interesting part about this Nellie/Harrington drama is Nellie’s propensity to dog guys out in the media and/or isolate them to a far end of the bench. He has not done that with Al, in this case, so it makes us wonder what the beef is from Al’s side. He gets total free rein in a

run-and-gun offense, and huge minutes. What more does he want?

Injury Of The Night:

The big fella projects to miss 2-4 weeks due to this latest setback. The moans coming from the ghosts of Bill Walton and Sam Bowie just reached a deafening, shrill pitch in the halls of the Rose Garden. There is at least one piece of good news out of all this, for the rest of us, though. Since he notched a game played this season, at least we won’t have to hear every pundit next pre-season saying, “You know what, Bob, Greg Oden is actually still eligible for the Rookie Of The Year.” Oh the simple pleasures.

Rookie Of The Night:

Almost a Near Triple-Double performance in his debut? We guess the Chris Quinn Era was very short-lived, although the no D style of D’Antoni’s Knicks may have played a big part in this line.

Contraction Club Of The Night:

Contract and disperse, Commissioner Stern! Houston forced O.J. Mayo into a horrendous 5-20 shooting night, showing they definitely are still bringing the D. Memphis can take a quantum of solace in the double-double of rookie double-doubles from big men Marc Gasol and Darrell Arthur.

B-Diddy and Al Thornton gave the Clippers fans a few moments of excitement, but it looks like the honeymoon is already over for the Staples Center’s other tenants. Marcus Camby alone won’t cure whatever causes a 38 point loss!

Chant Of The Night:

Chant Of The Night Part II:

Really? Did y’all miss the past few years? A new coach comes in with a new system, gets a win over a supposed, one-time rival, and y’all want Steph? Yeah…it’s

true…hell…why not? WE WANT STEPH!

Pharrell Of The Night:

Do the Knicks now officially lead the League in neck tattoos? They have at least three in Starbury, Wilson Chandler, and E-City. Phoenix (Matt Barnes and Amare) and Denver (A.I. and J.R. Smith) are both right there with at least two. Does Melo have one? Birdman? Is this a League-sanctioned stat, yet? J.J. Redick may have the only under-arm tattoo, if that counts.

Jermaine O’Neal decent in his Toronto debut with 17 and 8. Let’s hope that knee is read for at least 82 games…Willie Green with three blocks? How did that happen?…Toronto needs to dead those black unis…Free Russell Westbrook!…The Mohawk officially did NOT go out of style over the off-season. Check the domes of Shawn Marion, Nick Young, DWade, Craig Smith and Kevin Martin, just to name a few…Amaré Stoudemire in those glasses is awesome…We’ve always loved when the entire three point area on the court is a different color. Minnesota has implemented that, but that floor may have too much other stuff going on…Red-heads growing their hair out, alert: Delonte West and Michael Beasley…Is there a story behind Boobie Gibson’s shaved-into-the-head Batman logo? Anyone? Anyone?…