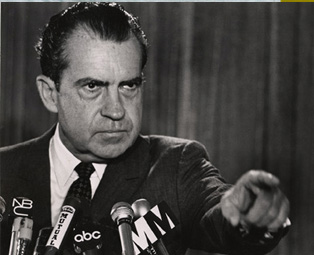 I did not receive an email or any sort of invite to today’s David Stern press conference here in New York City. I totally would’ve gone, had I been invited.

The fix is in!

So, since I didn’t know the whens or wheres of the presser, I watched it online and kept some notes. This isn’t a live blog, because I can’t watch it live, thanks to our entire office’s internet connection being provided by a 28.8 modem.

Anyway, Stern said a lot today, but what did he really mean? Let’s do our best to decode the Sternbot…

• Stern enters flanked by his crack staff: Bernie Tolbert, Adam Silver…a whole crew of NBA VIPs. This is my League, he is saying. I am in control.

• Stern says that Bernie Tolbert heads up their security and is a former FBI agent who headed up their Buffalo office. Real hotbed of crime up there, I’m sure. Hey, who stole the recipe for the hot wings!?

• Stern adds that they have “for many years” retained a consultant in Vegas who will “inform” the NBA when there’s unusual movement in betting lines. I guess this is supposed to indicate some foresight by the NBA, but really it just seems odd. If they had a guy working specifically on this stuff, why didn’t they catch Donaghy two years ago?

• Stern says they confronted Donaghy about the allegations that he was harassing his neighbors, and he said he was the person being harassed. Stern looks like even he doesn’t believe this, but he wants us to know the League wasn’t completely impotent regarding all this.

• Stern says the FBI “allowed” the NBA to cooperate with them, which makes it sound like maybe the NBA didn’t have the ability to do much of anything during all of this. Did the FBI force Stern to allow Donaghy to work so they could run a sting operation? Did the FBI ruin the NBA?

• Someone asks if the FBI is looking in to the other referees as well. Stern says, “Hmm…not exactly.” Love that. Hedging his bets.

• Rachel Nichols asks about Stern’s emotions. Rachel Nichols is so now. I keep waiting for Nichols to ask about the Lindsay Lohan situation. She does not. Lohan is not now.

• One thing I learned today is that the Internet has a looong way to go in terms of video, or at least live video.

• Stern says the FBI called them on June 20 to let them know about Donaghy’s alleged behavior. Not much of a lead time they gave the NBA. Perhaps this is Stern’s way of slipping in that they didn’t have much time to prep for all of this.

• Stern says that Donaghy has been accused of betting on NBA games, and that, “Until this moment, I have not deployed the people necessary to do the work that would satisfy us. I felt constrained by the FBI office to keep this as quiet as possible.” Which means Stern is turning the dogs loose as he speaks. I can imagine a team of NBA Security staffers raiding Donaghy’s house just as the words come from Stern’s mouth.

• Stern clears up at least one question that’s been hanging around: Donaghy was the only referee accused of being involved in all this. So I guess Eddie F. Rush is just a bad ref.

• Stern says, “I feel betrayed on behalf of the sport.” To me, that’s the money quote right there. Stern is letting us know that not only is he as shocked as all the NBA fans are, but he feels “betrayed.” And feeling “betrayed” usually means the person betrayed will want some kind of retribution and the chance to make things right.

• Finally, do you think Donaghy was watching the press conference on TV? I imagine him at home, wearing a sleeveless t-shirt, on the couch, maybe eating some cereal. And as he brings the spoon to his mouth, Stern looks into the camera and says he feels betrayed. The spoon freezes. Donaghy’s eyes widen.

And we’re just getting started will all of this.