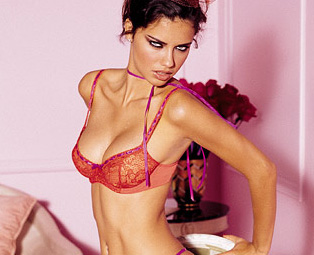 Last season wasn’t a good one for Celtics fans, but it must’ve been even worse for Doc Rivers. The year began with us exposing Doc’s Stevie Wonder past, and then Doc responding. As the Celts went along, losing way more than they lost, Doc became the focal point, to the point where Bill Simmons wrote a column about Rivers being fired to try and get him fired, which caused enough of a stir that Rivers had to respond.

What a difference a year (and two All-Stars) makes. Today the Celts have the best record in the NBA at 11-1, and they’re the prohibitive favorite to win the Eastern Conference. Now, surely the anti-Doc people here will argue that Doc Watson could coach this team, what with Kevin Garnett all pumped up and actually motivated and stuff.

But it’s not that easy — I don’t care how many great players you have on a team, guys need some sort of structure, some kind of leadership. Whatever Doc is doing, besides ripping off Brad Pitt, it’s working.

It’s early, sure, but there are a few teams off to great starts. Assuming things continue the way they started, the names in the running for Coach Of The Year besides Doc will probably include Stan Van Jeremy, Larry Krystowiak, Mike D’Antoni, Gregg Popovich and Jerry Sloan. Only one of those guys had people calling for his head a year ago.

• A few years ago I wrote a small story on Marko Jaric for SLAM when he was playing for the LA Clippers. It was during the offseason, and Jaric was in Yugoslavia playing for his National Team. Someone gave me his cell phone number, which began with a “+” and had a lot of 0’s and dashes in it. I called and found Jaric chilling in his hotel room. We talked for a long time, about growing up in Belgrade, living in Greece and then, at that time, becoming a fixture on the LA club scene. And somehow we got around to his flawless English. Jaric told me…

“I’ve never taken a lesson. I grew up watching movies and listening to music. My teammates on the Clippers can’t believe that when I was really young, Tupac was my idol. In Belgrade at that time, I swear, half of Belgrade was East Coast and half was West Coast. I was West Coast, even back then.”

All that to say, Jaric is a pretty funny, well-rounded guy.

And now he’s a legend.

According to a bunch of papers and blogs, Marko Jaric is now dating Victoria’s Secret supermodel Adriana Lima. As Frank Lucas would say, “My man!”

One small (ahem) thing people seem to be missing out on, though: According to a GQ story last year, Adriana Lima does not believe in sex before marriage.

Perhaps this explains why Jaric is posting the highest field goal percentage of his life.

Suddenly he truly understands that every shot counts.

• Watched a lot of that Suns/Warriors game last night, and something just doesn’t feel right with Phoenix, specifically Steve Nash, so much so that I got out my laptop during the game to look up his numbers. While his shooting percentages are up across the board, his turnovers are also way up, almost one more per game than he averaged two seasons ago. I guess that Nash making turnovers is partly a function of the Phoenix offense — he’s supposed to run around and be crazy with the ball — but he’s also always been great at protecting the rock.

• One other thing I learned about Nash last night: He’s attempted 40 free throws this season…and hasn’t missed one yet. Maybe Dwight Howard needs to start playing soccer and riding a skateboard around Manhattan during the summer.

• Why is it in a movie or a TV show, whenever someone steps up to a microphone or a PA system, it gives an initial blast of feedback before settling down? It happens every time.