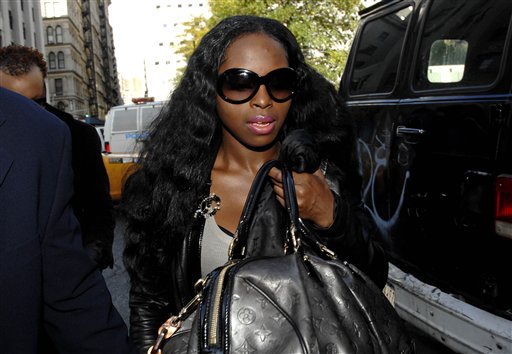 • I am befuddled by the NBA right now. Kevin Garnett doesn’t want to play in the East? And Memphis is serious about trading Pau Gasol to Atlanta for Josh Childress and the third pick in the Draft?

First, KG. He’s been a good company man forever, steadfastly refusing to even dabble with a trade demand. That started changing last summer, when he finally told me that he’d leave if the T-Wolves didn’t start getting better. As Kevin said…

“If you’re not working towards a championship, then why are we in this? I’m in it to win, man, I’m not in it to be coming back talking about next year. I’m 30. I’ve probably got 4 to 5 years, you know what I’m saying? My clock is ticking, man. I’m almost like a woman who’s trying to get pregnant. My years are limited, so my clock is definitely ticking.“

Now there’s all sorts of KG rumors floating around. I guess the real question is, if you were a woman trying to get pregnant, where would you want to be? Minnesota?

Obviously, Alaska is the answer. Unfortunately, they don’t have an NBA team. Yet.

There’s been a lot of talk about KG going to Boston, which would seem to make a lot of sense for KG. He and Pierce could team up and easily make Boston a contender in the East. (So much for all of Fingers Ainge’s talk about the Celts rebuilding from the ground up.)

What doesn’t make any sense is Phoenix trying to get KG in exchange for Amare Stoudemire. I can see moving Marion, only because his deal is up next summer while Stoudemire is signed through 2011. But either way, isn’t this just a lateral move? It’s like the Suns want to have Amare but just wish he was older. The Suns would obviously get better if they somehow kept Amare and Marion and managed to add KG, but there’s no way that’s happening. Losing one of their big three and replacing him with KG will make sure they remain an elite team, but that’s all it does. KG’s a better defender and rebounder than Amare, but Amare is a more explosive scorer, which is what Phoenix is all about.

The only thing that makes sense is that the Suns would want to move Amare because there are unavoidable personality conflicts there between Nash and Amare and Marion. I have heard rumblings of problems there, but nothing ever really sticks.

For Minnesota, I don’t understand their obsession with moving KG. NBA GMs work their entire careers in order to find that one stud player to build around. Kevin McHale found one, and has spent the last decade fumbling around and basically not building around him. (What’s really amazing is that McHale is the GM that drafted Garnett and they’ve both managed to stick around this long in Minnesota.) Swapping out KG for Stoudemire would basically give McHale a mulligan, turning back the clock five years and allowing him more time to not build around a bright young center talent.

The Suns obviously have something cooking. I spoke to Joakim Noah last night to help him write his Rookie Diary for SLAM 111. Drew Gooden and Carmelo Anthony each had this amazing ability to only call me about their Rookie Diaries on Sunday nights during “The Sopranos.” And I couldn’t ask them to call back later, so there was a lot of creative TIVOing going on back then. They’d never call during the week, never in the afternoon, only on Sunday nights between 9 and 10. Last night, Joakim called during “Flight Of The Conchords.” Not exactly “The Sopranos,” but still a good show.

Anyway, Joakim was in Memphis last night, where he works out for the Grizzlies today, then he said he’s going to Phoenix to work out for the Suns. The Suns don’t have a high pick, though, right? Well, obviously Steve Kerr has yahoo’d at someone and they feel certain that something is going to happen.

• Let’s look a little closer at the NBA Draft. I read today that in all his years as a general manager, Billy Knight has never used a first round pick on a guard or center. Never. Ever. So I guess that limits his options a little for Thursday.

There’s apparently some talk about the Hawks trading with Memphis for Pau Gasol. The Hawks would move the 3 pick along with a few reserve players (including Josh Childress and Anthony Johnson) for Gasol. I can’t tell you how much I hope this happens. But from what I heard from Atlanta today, it’s not happening.

• Let’s not even talk about Kobe. Although Mark Heisler admits here that he’s fallen out of Kobe’s “circle of trust.” What is this, “Meet The Fockers”?

• Quote of the Day comes from John Lucas down in Houston, who is working out Sean Williams. Sayeth Lucas: “Sean doesn’t have any real-life issues. There are other guys I’ve had here who have had real-life issues. He doesn’t. His issue is, he just wants to smoke some weed sometime — and you can’t.”

• Looks like the Nets are going to pony up the money to keep Vince Carter in The Swamp. I’d heard that they weren’t going to flash any cash, and that was going to set off a chain of events that would end with Jason Kidd getting moved to LA. Now that the Nets are shelling out the money, not sure what happens to that Kidd/LA rumor.

• The non-basketball news of the day comes from the world of hip-hop. There is no way that I can write this story any better than the original version, so I’ll just excerpt my favorite parts here…

Rapper Foxy Brown has denied reports that she was assaulted by four women in a Brooklyn housing project early Saturday morning (June 23).

According to police, Brown was involved in an argument with her unidentified boyfriend around 5:30 am in the Louis H. Pink Houses in East New York.

Brown was allegedly attempting to dump the man, after she found out he was a pimp with a criminal record.

The man called four prostitutes, who allegedly attacked Brown, ripped out her hairweave, stole her hearing aide, her purse and $500 dollars.