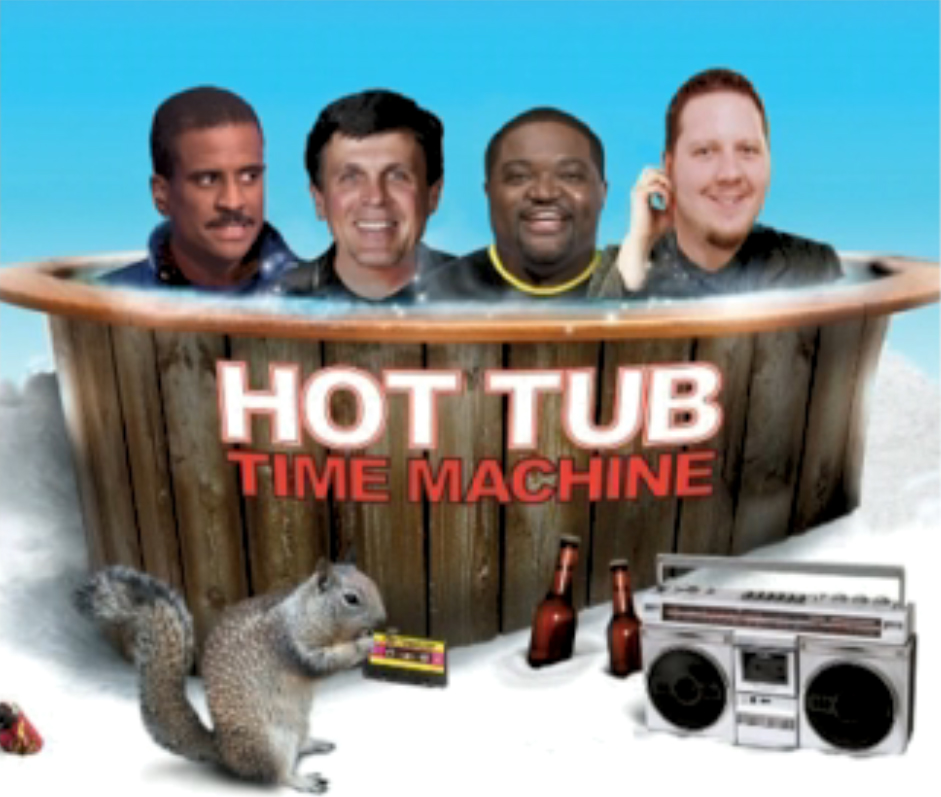 I woke up yesterday morning at 4:45 AM. That part sucked. The rest of the day, however, was tremendous. You guys know I’ve been repping SLAM all year on NBA TV as a member of the show “The Beat.” Every Tuesday night for the last 21 weeks in a row (except for New Year’s), I’ve Skyped in from NYC and joined our host, Marc Fein, who’s in Atlanta at the Turner/NBA TV studios, and David Aldridge, who’s usually in D.C. We’ve had so many other guests — usually two or three each week — that I can’t remember them all, as we discuss whatever the biggest news in the NBA each week.

Besides getting SLAM on TV each week, it’s been an amazing experience for me, personally, just learning how all this TV stuff works. Marc and DA are pros at it, but I’ve kind of learned on the fly. For instance, I figured out that when you’re on camera but nobody’s talking to you or about you, you’re supposed to just stare at the camera and smile. The first show we did, I just stared into the camera when they weren’t talking to me, and when I watched it back I realized that I looked like the saddest person in the world. The next week I smiled into the camera. If you walked by my desk when we’re filming the show and you see me staring into the camera and smiling, I’m sure it looks weird. But on TV it looks normal. So there’s that. It’s been a lot of fun, and it’s been tremendous working Marc and DA and the guys behind the scenes there at Turner every week.

Anyway, yesterday. with Marc taking a vacation before the Playoffs get cracking, the Powers That Be at NBA TV flew me and DA into Atlanta for the day to do a special version of The Beat. So I woke up at the crack of dawn and hustled over to the airport, where I immediately got upgraded to first class. By nature, I am a suspicious person, always waiting for the other shoe to drop, and when you get the rare first class upgrade to start the day, it would seem things would be downhill from there. Only they weren’t.

I landed in Atlanta and went down to the NBA TV studios in the Turner compound. Hung out with Sekou, Dennis Scott and Brent Barry, taped a segment on The Jump with them and my main man Kyle Montgomery. Grabbed lunch with DA and our producer Jeremy Levin, then had a production meeting for “The Beat” where I found myself sitting next to Kevin McHale for an hour while he told all kinds of stories about playing with the Celts and being an NBA GM. We then taped The Beat, and by 5:30 PM, I was sharing a car to the airport with DA, caught an earlier flight home, got upgraded again, and by 9:45 PM, I was sitting on the couch back in Manhattan. Word to Ice Cube, I gotta to say it was a good day.

I may not provide you with 15 minutes of reading today, but here’s 30 minutes worth of watching. First is a clip from The Jump where I visited the guys to talk about the new issue of SLAM. I was also able to make fun of Sekou for wearing a vest, which was really the only thing I wanted to talk about on there.

Now let’s go to The Beat. The theme of the show was the past, present and future of the NBA, so DA came up with a reference to Hot Tub Time Machine, and the guy over at Turner who makes all the funny drawings (like the Gone Fishin’ pics) whipped up a Hot Tub Time Machine photo with all of us for this segment. That might actually be my favorite part of the day yesterday, that I was included in one of Turner’s funny drawings. Maybe I’ll make the Hawks’ Gone Fishing picture this year when the Hawks lose in the Finals. Anyway, here’s the beginning of The Beat…

On to the B-block, where we talked about the present of the NBA, mainly the Western Conference Playoff race. I totally took the easy way out when DA asked us which team we’d be if we had our choice.

The C-block was about the future of the NBA, and teams we thought were set up well going forward. During the production meeting I’d taken Milwaukee as the team I was going to talk about, and I knew the staff was going to get video of the Bucks, but as I brought it up on the air I suddenly got terrified they were going to show that Bogut injury video, which I never want to see again. But they didn’t. (Also, I gave a hand signal shout-out to Mad Dog Carter at the end of this segment.)

And for the last block we did our Three Points, which is how we end every show. The great thing about doing the show via Skype is that normally when we do our final point, I write out a script, position it just under the camera on my computer screen, and then basically just read it on air, like a teleprompter. But I couldn’t do that yesterday so I just winged it. Turned out fine, though.

And while we’re having A/V Club day today on The Links, I’ll throw this one in too, since it was emailed to me this morning. A couple of week back, a reporter from Canal Plus in Spain called and said he was in town, and he asked if he could come film something in the SLAM Dome. I invited him thru, and he ended up taping a bit about the best SLAM covers since 2002, which is when Pau Gasol came to the NBA and Spain really got interested in the L.