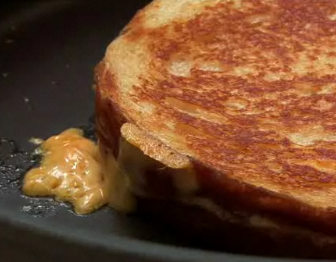 So, here’s a couple of non-basketball related links, and then we end it with some NBA talk…

• Ebony magazine really screwed this one up. I don’t think anyone looked like this in the year 2000, but definitely not Michael Jackson.

• The Boston Globe has a ton of very cool pictures from Apollo 11. I think I’m turning into a space geek.

• Also from NASA, here’s a great picture of a volcano erupting.

• Jay-Z vs. The Game and lessons for the American primacy debate.

• Some Starbucks stores are changing their names. I love Starbucks, but when you have to change your name to get people to come into your stores, maybe the name isn’t the problem.

• Here is the proper way to make a grilled cheese sandwich. Don’t say we never taught you anything.

• Finally, a couple of days ago, the guys from Basket, which is definitely one of my two favorite basketball magazines from Germany, hit me with an email. They were assembling a panel of international experts to rank the top 10 NBA players for each position (PG, SG, SF, PF, C = 50 players) for their next issue. By German rules, I qualified as an NBA expert, so they sent along a list of the top few dozen at each position, asked me to rank them, and added a few caveats:

– Don’t mix up the positions, please use their list and positions.
– No rookies.
– It’s not about value for money.
– It doesn’t matter if the player was good two years ago or if he has potential – it’s about today.

So…here’s how I ranked the top ten NBA players at each position. Surely there won’t be anyone out there who disagrees with me, right? Apologies go to whoever it pleases. Here’s my Top 50…

EXPLANATION: I wasn’t sure what to do with Gilbert Arenas. When he’s healthy, he’s probably top half of that list, but since this list is for today, and we have no idea how Gilbert’s knee is right now, I left him off. Mo Williams also almost cracked my list, but I put this together thinking if I were starting a franchise today and needed a point guard, these are the guys I’d go after first. Mo would probably be number 11 on my list. Or 12, because Devin Harris was also just left off. I know people will probably quibble with Andre Miller making my list, but I’ve always appreciated his game — never the most athletic guy, but he’s really solid and, in the right system, he understands how to run a team. Same with Baron Davis, who I couldn’t find room for, either.

EXPLANATION: Calm down, Sacramento fans. Kevin Martin scores a lot of points, but he doesn’t play defense. At all. Also, he’s missed 52 games the last two seasons, and if I’m building my team around someone, it’s not going to be him. GINOBILI! would have made the list, but with his recent injuries I felt safer leaving him off this time. Same with T-Mac. Iverson? He averaged 17 and 5 last year for Detroit, and when the Pistons let him do his thing, they were still a tough team to beat.

EXPLANATION: I thought this was the toughest category, by far. At different points I had both Andre Iguodala and Caron Butler on this list, but ended up dropping them. There’s also a lot of younger guys on the come-up (Al Thornton, Luol Deng, Rudy Gay, Trevor Ariza) who could crack this list a year from now.

EXPLANATION: There may be some quibbling with some of these guys being listed as power forwards, but I didn’t come up with the list. That said, I found it interesting that Boozer was my generously-rated seventh-best power forward in the NBA and he’s still on target to get a $14 million-a-year deal next season. And so many teams are talking about Bosh as a max guy…really? I left off Elton Brand because of his injuries. I left off Charlie Villanueva because he’s not one of the ten best power forwards in the NBA, although someone probably should have explained that to Joe Dumars a while ago. The ten spot came down to Josh Smith and Kenyon Martin, but I went with Smoove because he’s younger and sturdier.

EXPLANATION:
I let off Yao because his foot exploded, otherwise he was my definite number 2 on this list. At the same time, I broke my own rule about the injuries to include Al Jefferson on this list, because the top ten centers were really looking weak and I was afraid I’d have to include Jermaine O’Neal or Chris Kaman or Emeka Okafor. And we can’t be having that.

That’s it. Have a great weekend everyone and catch you all back here next week.