Links: Kobe On The Move? 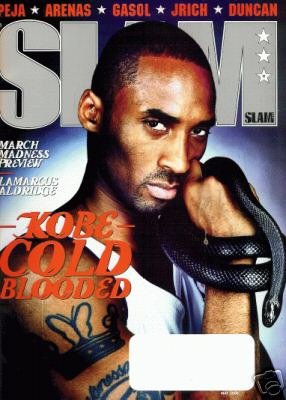 It’s Memorial Day weekend, so posting is kind of light around here, but I thought this one was worth getting up on the site.

What we do know is that Kobe Bryant isn’t happy right now. He, like many Lakers fans, doesn’t quite understand why the Lakers haven’t made more significant changes to their roster in an effort to improve.

And then things get really confusing.

According to ESPN’s recently slicked-back Ric Bucher, Kobe said if the Lakers don’t hire Jerry West and give him full control of the franchise, he wants to be traded.

But according to the LA Times, on Saturday Kobe said he does not want to be traded.

And as Linkstigator Jimmy Pierre pointed out in an email, Ray Allen saw this coming almost three years ago:

“If Kobe doesn’t see he needs two and a half good players to be a legitimate playoff contender or win a championship in about a year or two he’ll be calling out to Jerry Buss that “We need some help in here,” or “Trade me,” Allen said. “And we’ll all be saying, “I told you so,” when he says that.”

Prescient, that Ray Allen guy, when he’s not at WNBA games.

Anyway, will the Lakers hire Jerry West? If they don’t, will Kobe stick to his trade demand?

Hmm…wonder how Oden or Durant would look in one of those gold and purple jerseys?