Links: Let’s Get Ready To Atrophy! 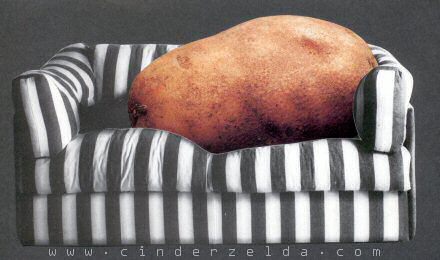 • I didn’t want to get sucked in to last night’s Suns/Nuggets game, and after watching the terrific Hawks/Grizz game and then the interminable Braves/Pirates games, I thought I’d make a courtesy stop by NBA TV to check in on the NBA game of the night. When I flipped over, it was halftime and the Suns were down 70-51. I nearly turned it off, but I figured I should at least give the Suns a few more minutes to get it going.

Next thing I knew we were going into the fourth and the Suns had closed it to 92-85. The Suns then scored 46 in the fourth to win it. It was a great game, unless you’re a Denver fan, made better by the Playoff ramifications.

This thing is, it don’t stop. There’s at least one game with Playoff implications every night for the next week. Here’s my tentative schedule…
Tonight: Phoenix at Denver
Tomorrow night: Golden State at Dallas
Thursday night: Houston at Portland
Friday night: San Antonio at Utah, and Dallas at Lakers
Saturday night: No good NBA games, but the Final Four tips off
Sunday: Daytime ABC doubleheader of Golden State at New Orleans, plus Dallas at Phoenix

I’m going to have to give my couch a pep talk tonight. “OK, I know you feel you’ve been taken for granted, and you maybe even feel used, but let’s get one thing straight: I paid big money for you and it’s time that you step up. No more lumpy pillows, no more sagging in the middle. Let’s step it up, couch. Or I’ll pull a sign-and-trade with a Barcalounger. I mean it!”

And as we roll into the real season, I’m ready to go here with The Links. I’ll have something every day between now and the end of the season. Promise. Let’s hit The Links…

Love how Manute yells, “It was Rick Mahorn!” Yes it was, Manute, yes it was.

Later, Mahorn ate all the food on that table.

• Sam Vincent says he’s not concerned that his job coaching the BETcats is allegedly on the line. That’s a good thing, because I talked to someone today and was told Vincent’s job apparently is very much on the line. Just saying…

• Tonight in New Jersey, Gary Sussman will be dressed as a tree. And tonight in Jersey, the carbon emissions are sponsored by Izod!

• I talked about this briefly a while back, but now that the NBA has announced that bloggers are welcome at their games, Mark Cuban has declared this Pros vs. Joes as bloggers will fight for space with real, actual journalists.

But the best thing about this is that in his blog post acknowledging the new NBA policy, Mark Cuban singles out one young journalist, one bright young mind, as an example of all that can go right in the world of journalism.

Who did Cubes make an example of?

So I invite any blogger to post samples of their work here as a comment. if its good, and I am the only judge, then you will get an email invite to get credentialed to cover a game in Dallas (its up to you to get there). I don’t care if you work for a major company, or are in 8th grade. All will be given equal access.

Just as I did with Ben Collins. I think I gave him his first shot to write for the Mavs website when he was 13. If you can write, you deserve the same opportunities to communicate about the Mavs as someone who works for ESPN, a major newspaper or network. In the blogging business, the Joes can be better than the Pros.

That’s right, it’s SLAM’s own Ben Collins. Benny says he will be back around these parts this summer. Allegedly.

• Another prank video for you. Here’s Baron Davis working the drive-thru at McDonalds.

“No salt on the fries? Wow. Never heard that one before.”

• Oh, a big thanks to my main man John Schuhmann at NBA.com. We made a bet two years ago when my University of Georgia team played John’s Virginia Tech Hokies in the Chik-Fil-A Bowl. If I won the bet, John was supposed to bring me a Chik-Fil-A sandwich. I don’t recall what was supposed to happen if he won the bet, because I knew there was no chance of that happening.

In the time since, John and I haven’t had a chance to catch up for lunch. So last week I received a package from John, and inside was a Chik-Fil-A bag (greasy, I might add). Inside that bag was this. (Many of those videos were featured here.)

• As it turns out, everyone does racist LeBron covers…except SLAM!

• And finally, one more prank video, although this is really more like bloopers. It does involve mascots, though, which is always fun. I laughed out loud a few times watching it…