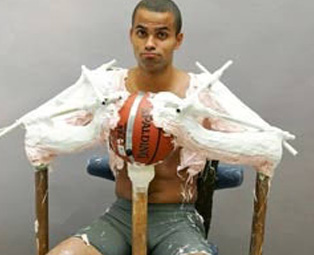 The Cavs were still celebrating on the floor of The Q when I got an email from an NBA exec saying, “Call me…” I did, and we immediately started trying to figure out if we were about to witness the worst NBA Finals in a while. Yes, was the consensus. Maybe since New York/Houston?

I like the Cavs. I like LeBron, I like Drew Gooden, I even like Mike Brown, even though he kind of blew up on me that one time. I just don’t think Cleveland is a very good team. And I think the Spurs are a very good team.

So look ahead with me. Can Cleveland win an NBA Championship? I’m thinking Spurs in four or five.

Of course, I didn’t think Cleveland was going to beat Detroit, either.