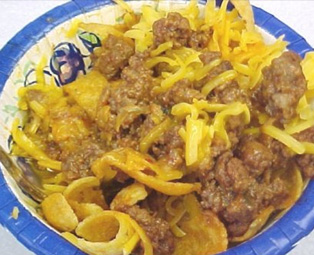 And on the fourth day, they rested. No practice this morning, no shootaround, just Game Two on the Finals in about 10 hours from now. So this morning becomes a time for rest and reflection. Someone texted me earlier and asked if I was watching “Meet The Press.” No, I explained, but earlier this morning I was actually a guest on Meet The Starbucks.

With nothing NBA-related happening until tonight (and I’ll have notes and other stuff tonight from the game), here’s a few leftover notes and thoughts…

• I’ve been meaning to write this since Game One, but when the first game ended, Ben and I went out to the media shuttle bus to catch a ride back to the hotel. The shuttles usually sit and idle until the lead bus fills up with media, and then the front bus leaves and another pulls up and waits to become full. Ben and I climbed on the lead bus and found ourselves alone on this huge bus except for the driver and Dr. Jack Ramsay. As soon as we sat down, the driver pulled away. So Ben, Dr. Jack and I had a bus ride to ourselves.

• One of my best friends, Matt, lives in Dallas. When the games got set for San Antonio, I called Matt and he agreed to drive down to San Antonio for the weekend. Matt got here yesterday afternoon, and we hit the Rivermaze to grab lunch at an Italian spot that came highly recommended by Bryan Colangelo (via the Toronto beat writers). Food was great, except the wait staff all had on huge ties and oddly formal collars.

• Last night, Ben, Matt and I drove about 15 minutes outside San Antonio to see the San Antonio Missions baseball team play. The Missions are the AA affiliate of the San Diego Padres, and last night they hosted the Corpus Christi Hooks, the AA team of the Houston Astros. We arrived maybe half an hour before game time, walked up to the gate and bought the best seats available, which were on the fourth row behind home plate and cost $9 apiece.

The Missions play in Nelson Wolff Municipal Stadium, which is a small but nice park. The game flew by in just over two hours, and Hooks’ righthander Ronnie Martinez had a no-no through 6 2/3. The Hooks won 5-0. After the game they ran a promotion where they sold red rubber balls for $1 apiece. They then drove a small house out to home plate and allowed fans to try and throw their balls into the chimney of the house. If you got it in you would win $100. We took several cracks but couldn’t come close.

When we arrived at the game we hadn’t had dinner and Ben was starving, so he led the charge to the concession stand and ordered (among other things) a Frito Pie. Ben is historically a proponent of sampling local culture. Once we were told that the Frito Pie originated in Dallas, so there was no way around it.

What is a Frito Pie? A bowl filled with Fritos, topped with chili and then topped with cheese. You eat it with a fork. Each of the three of us ended up having a Frito Pie. I’m actually still having my Frito Pie, if you know what I mean.

As we drove away we heard an explosion. Ben thought he must have driven over something. I looked up and saw fireworks — it was “Fireworks Extravaganza” evening at the park. A quaint ending to a fun evening.

• I expect more later about this from Ben, but the Missions have a mascot called Ballapeno, which is a mix between a baseball and a jalapeno pepper. Ben was feeling Ballapeno.

• Matt and I ended up at the media hospitality suite until late last night, overlooking The Alamo. The Washington Post’s Mike Wise asked me if I knew who Jim Bowie was, and I said, “Wasn’t he the guy the Blazers picked instead of Michael Jordan?” Turns out he wasn’t.

• Earlier in the day, after lunch, Matt and I had been walking around downtown when we came across The Alamo. We decided to check it out; it was free to get in and there was really no line.

The interior of The Alamo isn’t very big and there’s not much to see there. They had a few knives that belonged to Jim Bowie and a gun and a vest that belonged to Davy Crockett. And that’s about it. There’s no way there’s a basement underneath there.

• Yesterday I mentioned that the media contingent seems to be low this year, at least here in San Antonio. According to this morning’s San Antonio Express-News, there’s no representation from the newspapers in the following NBA cities: Utah Phoenix, Golden State, Detroit, Sacramento, Milwaukee, Memphis, Indiana, Charlotte and Minneapolis. Which is ridiculous. Do those sports editors really think their readers in those cities don’t care about the NBA Finals? Maybe casual readers aren’t interested, but perhaps it’s because the editors are too cheap to send writers who could add any sort of local/human flavor to the coverage.

• My favorite thing about being here in San Antonio for the last few days? People are nice once again. Not saying people in New York aren’t nice, but folks here in San Antonio are cool, bursting with that Southern hospitality I grew up on. Also, they really love the Spurs here. About an hour after Game One ended, Ben and I were wandering through downtown and there were cars jamming the streets and fans hanging out the windows, waving flags and yelling their lungs out.

These NBA Finals may not matter in Charlotte or in Minneapolis, but they matter a lot here in San Antonio. And I’m glad I’m here to check it out.